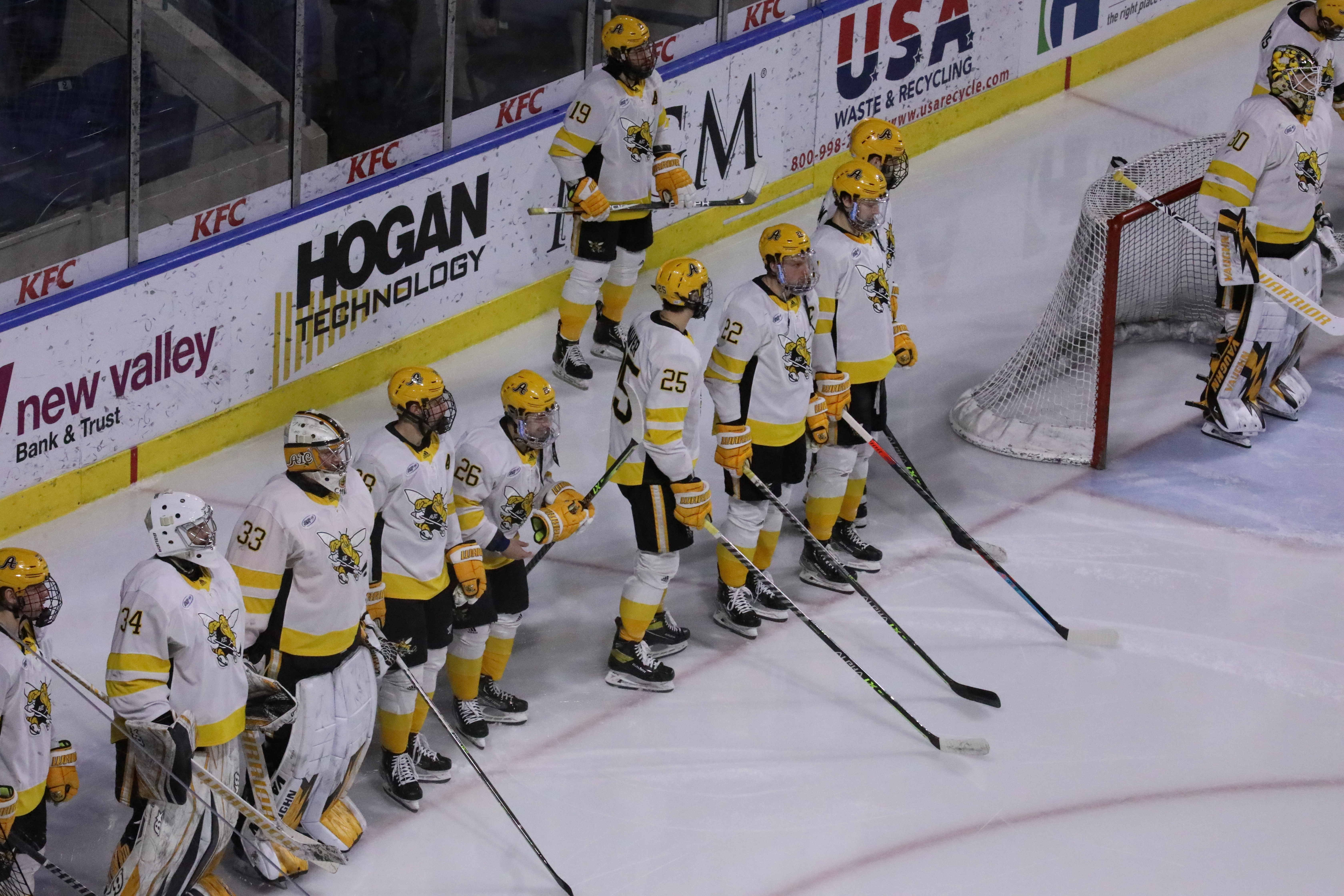 They will start off the month of December with a home-and-home series against Bentley University on Thursday, December 1 at the MassMutual Center and then travel to Waltham to take on Bentley on Friday, Decmeber 2.

The final home game of the 2022-23 season will be a home-and-home series against Sacred Heart University on Friday, February 24 at the MassMutual Center and then wrap up the regular season in Fairfield on Saturday, February 25.

There will be a new format for the Atlantic Hockey Association tournament for 2023. The top eight teams will make it into the tournament. The best of three quarterfinal series will take place Friday, March 3 through Sunday, March 5 as Number 1, 2, 3, and 4 seeds will host Number 8, 7, 6, 5, seeds

The Atlantic Hockey Association championship game will be held on Saturday, March 18 as the two semifinals winners will go head to head as the highest-seed of the conference will host the championship game.

There has been some changes during the offseason as Associate Head Coach Cory Schneider will be at Clarkson University as an Assistant Coach.  Brendan Riley was the named the Assistant Coach last month for the Yellow Jackets. Riley is no stranger to hockey as his family is part of the hockey community.  Brendan’s father Jack is the Head Coach of Army West Point.  Riley joined the Yellow Jackets before the start of the 2021-22 season as Director of Hockey Operations.