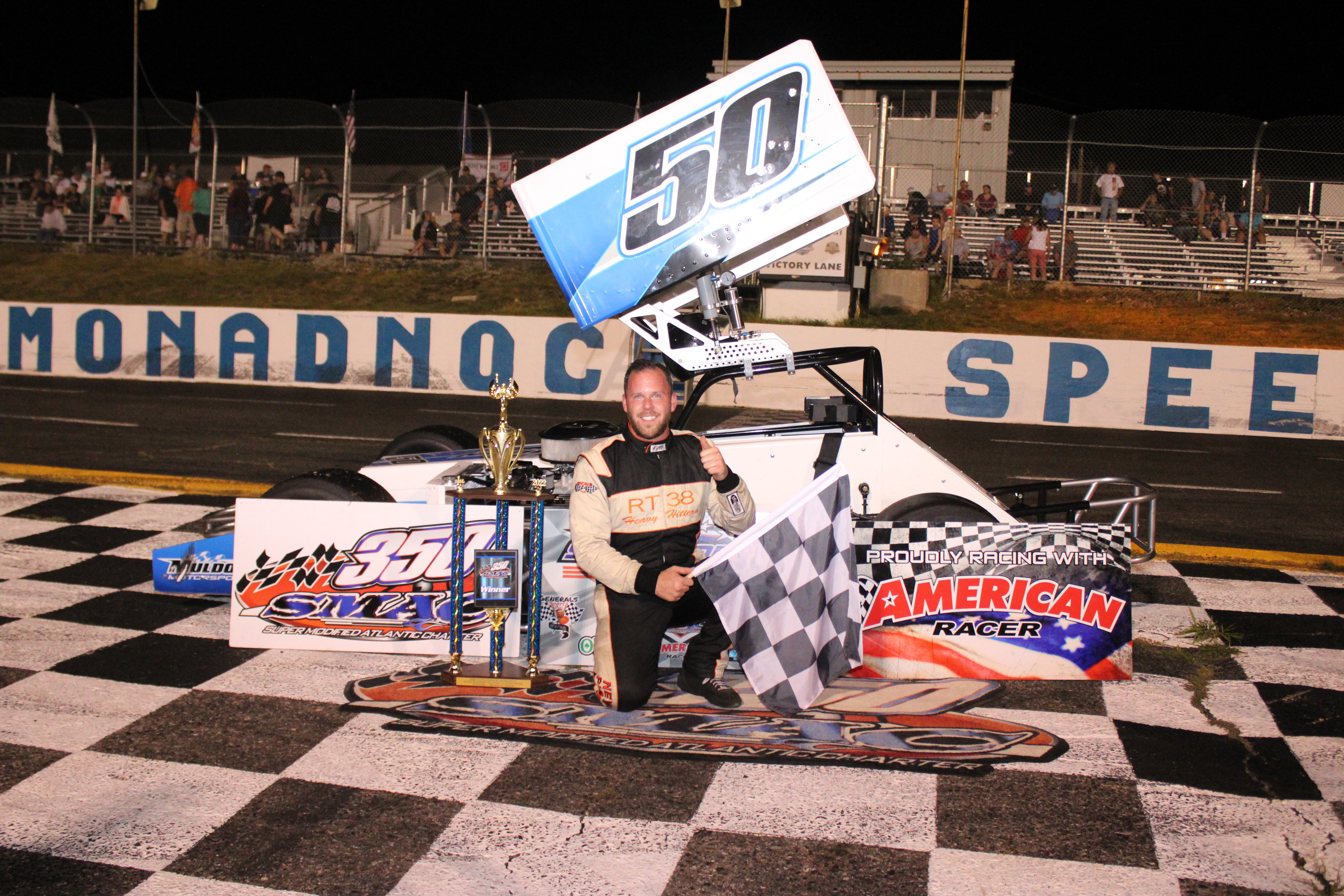 WINCHESTER, N.H. – Modified ace Ben Byrne broke a tie atop the NHSTRA points parade with his fourth win of the season Saturday at Monadnock Speedway, while Keene teen Aaliyah Tacy, in the Young Guns, earned her first career victory lap on the high banks.

While Byrne moved to a thin eight-point advantage over fellow four-time winner Tyler Leary in the Mods, the Pure Stock run to the championship got even tighter, with Saturday’s runner-up JD Stockwell pulling to within two markers of 2021 champ Chris Davis.

With the 2022 stretch run now upon us – only four events remain in the busy summer season – three of the divisional points races are airtight, a fourth easily within reach, while only Mini Stock blaster Gordon Farnum, who won for the ninth time Saturday, has room to relax.

Byrne, at plus-eight, tops the Mods, only eight separate Cole Littlewood, his brother Justin, and Ryan Currier in the Late Model Sportsmen, and while Davis and Stockwell are almost 40 years apart in age, only two points stand between them atop the Pure Stock leader board.

Byrne took the lead from time trial topper Nate Wenzel on lap three of Saturday’s main event and never looked back. Trevor Bleau, firing from row three, got up for second on the seventh go-round but, despite an opportunity on a lap-17 restart, could advance no further. Aaron Fellows, strong all night, came home third.

The 350 SMAC Super Modified tour made its first-ever visit to the high banks Saturday and what a show they put on. At break-neck speed – Kenny White turned one lap at 11.999 seconds – they stormed through all 50 laps under green.

Row-two starter Dave Helliwell used a lapper to take control on the 19th circuit and held brother Bill and series points leader Scott Watts Sr. at bay the rest of the way.

Rookie Colby Kokosa and Hillary Renaud started up front in the Street Stock 25-lapper, but Renaud was immediately roughed up in turn one, moving Kenny Thompson to the point. Thompson – a four-time winner this summer at Monadnock – held the point until drifting high on lap 18 and watching top points man Tim Wenzel charge by.

Keith Johnson got up for second on lap 20. but Wenzel pulled away, winning for the second week in a row and third time this season to finish the night 22 points ahead of Johnson in the championship chase. Thompson – fourth in points – was third on the night.

Saturday night’s victory was Farnum’s sixth in a row. Cameron Sontag won back on June 25, with Farnum second that night.

Zach Phillips led lap one of the Pure Stock feature, with row-two charger JD Stockwell taking his place atop the 17-car field the next trip around. The Turners Falls, Mass. teen, gunning for his fifth win across three different tracks in two weeks, looked unbeatable. But Kyle Boniface, charging from back in row five, had other plans.

Steadily reeling Stockwell in, Boniface inched ahead on lap 14 and then held strong to score his third win of the season. Rookie Billy Graham was strong in third, with Stockwell’s runner-up outing bringing him to within two points of leader Chris Davis, who checkered fifth on Saturday.

Markus O’Neil led the first 11 laps of the Young Guns feature, with Aaliyah Tacy then taking over and powering off to her first career win. O’Neil held strong for second, with Hunter Duquette earning his first career trophy in third.

Both Owen Zilinski and Addison Brooks succumbed to mechanical problems in Saturday’s 15-lapper, while Traver Michaud – a first-time winner a week earlier – was absent.

Monadnock Speedway returns to action next Saturday, August 27, when the Exit Realty Pro Truck Series returns to the high banks for 55 laps of excitement. The Trucks will join the NHSTRA Modifieds, Street Stocks, Late Model Sportsmen, Mini Stocks, and Young Guns in a full night of oval track racing. Post time is 6 p.m.