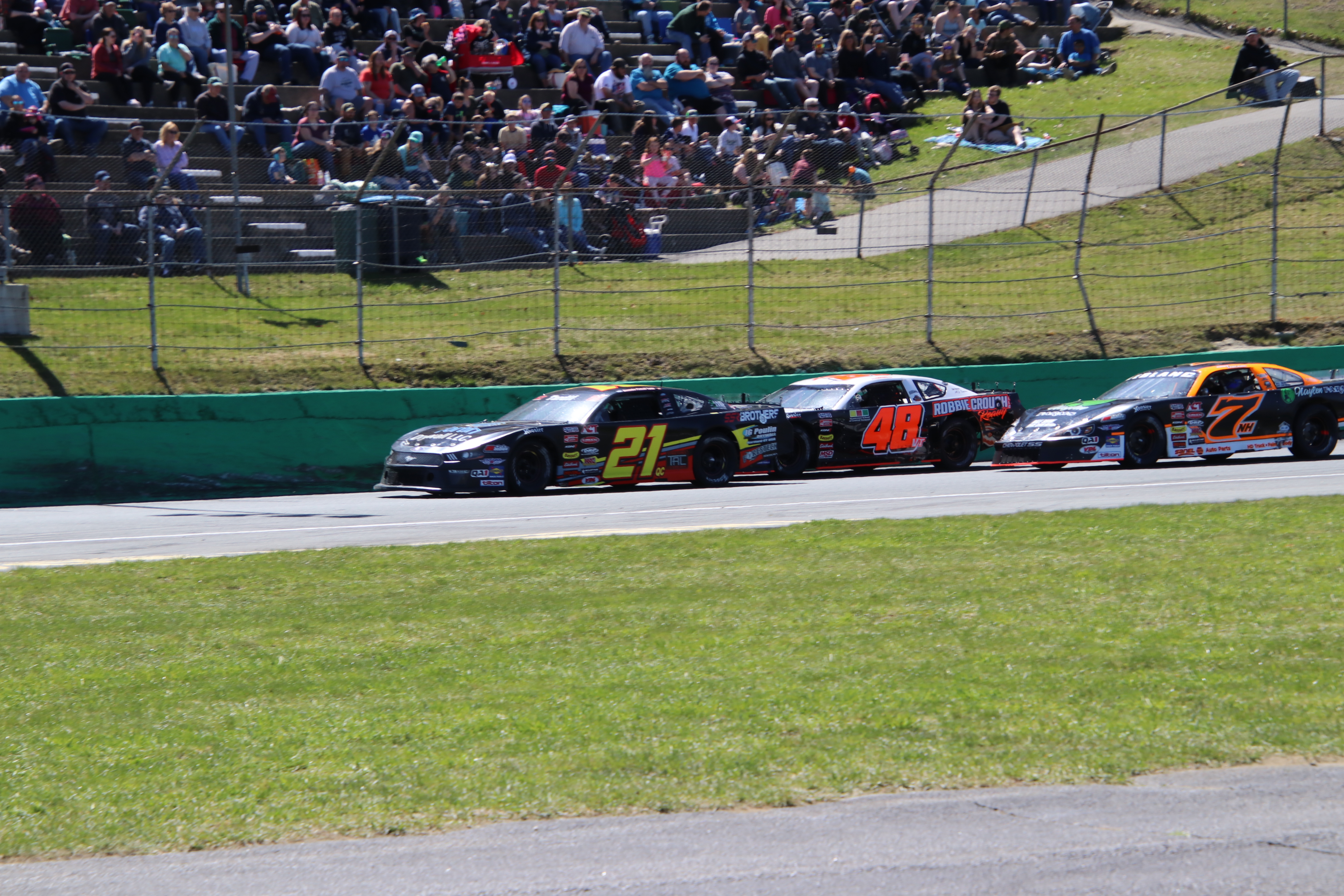 Barre, VT — To cap off a three-week stretch of championship stock car racing, the American-Canadian Tour returns home to Barre, Vermont’s Thunder Road for the 44th New England Federal Credit Union Labor Day Classic on Sunday, September 4th. The $5,000-to-win, 200 lap event has been a staple on the Thunder Road and American-Canadian Tour schedule for decades and annually serves as an exciting challenge for today’s top teams as they compete to etch their name in granite alongside some of New England’s most iconic drivers.

Annually, the NEFCU Labor Day Classic is one of the toughest for the touring series regulars as they compete against the strong weekly runners at one of the toughest speedways in the Northeast. Among them, D.J. Shaw, Alexendre Tardif and Derek Gluchacki have the most to lose. The three leaders in the American-Canadian Tour standings will be facing those with plenty of experience on the Thunder Road high banks.

Leading the local charge are a pair of former track champions and Labor Day Classic winners. Bobby Therrien and Jason Corliss each have something to prove after their part-time 2022 schedules have been scarce compared to some in this weekend’s roster of competition. Also returning is defending NEFCU Labor Day Classic winner Brooks Clark, ready to try and make his mark once again in the history books. Jimmy Hebert has also indicated that if his team can turn around their Late Model following his Pro All Stars Series debut at the Oxford 250 last Sunday, the former ACT Champion will return to the track that started it all.

Dark horse candidates include the Ironman of ACT, Quebec’s Claude Leclerc, and Bellingham, Massachusetts driver Woody Pitkat. ‘The Sultan of Stafford,’ Pitkat will be piloting the same Hartwell Motorsports #91CT Ford Mustang that brought him a 17-place finish at the Memorial Day Classic this past May and is looking for more. Used to extra distance Tour-type Modified events at Southern New England bullrings like Stafford, Thompson and Seekonk Speedway, Pitkat’s frequent experience with pit strategy may give him an upper hand against his ACT competition this Sunday.

The iconic 200 lap event calls for six Hoosier Race Tires, versus the usual four, meaning that each driver will have two change tires waiting for them in the pit area. The New England Federal Credit Union Labor Day Classic brings strategy into play for teams and crew chiefs to find just the right time to pit their driver for fresh rubber and can be the defining factor in who takes the $5,000 prize and who was just along for the ride.

The Stars and Cars of the American-Canadian Tour return home to Barre, Vermont’s Thunder Road International Speedbowl on Sunday, September 4th for the 44th running of the New England Federal Credit Union Labor Day Classic. Along with the $5,000-to-Win, 200 lap American-Canadian Tour Classic, the Lenny’s Shoe & Apparel Flying Tigers, rk Miles Street Stocks and Burnett Scrap Metals Road Warriors complete a full card of championship stock car racing on one of the most iconic dates on the annual calendar.

All racing events at Thunder Road Speedbowl, the 44th New England Federal Credit Union Labor Day Classic and the $100,000+ Northfield Savings Bank Vermont Milk Bowl, will be broadcast live and around the world on FloRacing with a monthly or yearly subscription. For more information about FloRacing, visit www.FloRacing.com or www.FloSports.tv.