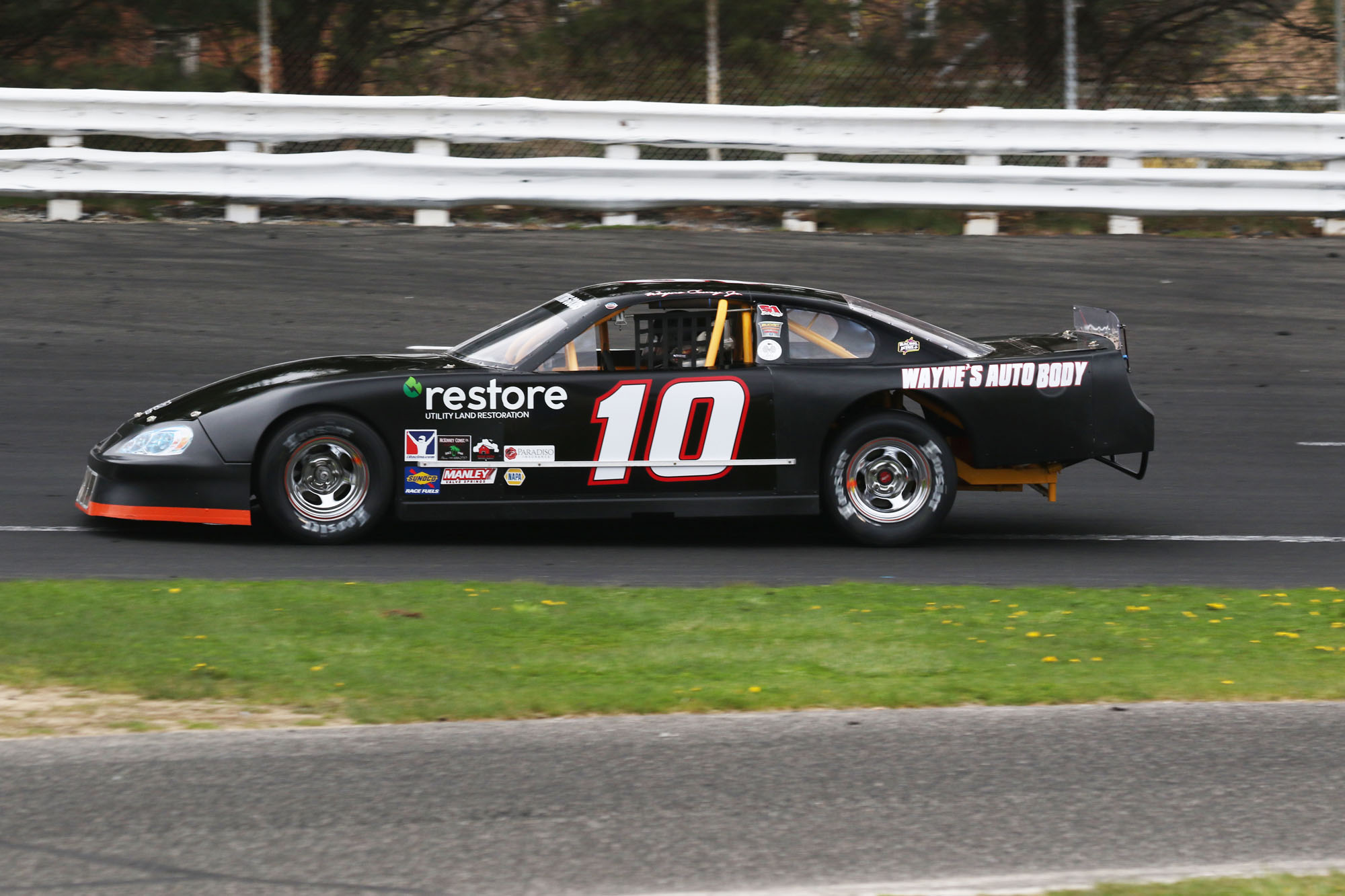 (Stafford Springs, CT)—The 2021 Late Model season at Stafford Speedway saw Fairfield, CT native Wayne Coury, Jr. collect 2 wins, including the Paradiso Insurance Late Model 50.  Fast forward one year later and Coury has struggled to match his pace of one year ago with a best finish of 3rd back on June 24th.  With the Late Model division set to take part in the Paradiso Late Model 50 this Friday night, Sept. 2nd, Coury is looking to get his season back on track by putting his #10 Wayne’s Auto Body Chevrolet back in NAPA Victory Lane.

“It’s been a tough season for us and we’ve struggled to find speed with this new car but I feel like we’ve gotten progressively better the last couple weeks so I’m pretty excited going into Friday night,” said Coury.  “I’ve always found the extra distance races gives you more time to get settled in and get into a rhythm with your car and we’ve always had a good long run car.  We usually find ourselves in a pretty competitive position at the end of the longer races.  I like the extra distance races and everyone is super excited for Friday to hopefully have a breakthrough with the new team.  Big thanks to our sponsors Wayne’s Auto Body, Restore: Utility Land Restoration, Springfield Thunderbirds, Stafford Sand and Gravel, Whip’s Sporting Goods.”

After running a family owned car for the majority of his racing career, an opportunity arose during the off-season that saw Coury team up with car owners Tom Fearn and Pat Kretschman, who also spotted for Coury two seasons ago.  The new combination has had a tough time getting the #10 car up to speed, but an uptick in performance over the last 3 weeks has Coury excited about his prospects of not only winning the Paradiso Insurance Late Model 50, but getting back to victory lane before the 2022 season closes out on Friday, September 30th.

“Tyler Leary was supposed to drive this car but he had some other commitments and it was getting harder for my Dad and myself to get our car to the track in good shape every week, so we decided to combine our resources with Pat and Tom and make the situation better for everyone involved,” said Coury.  “They needed a driver and we needed a little extra help, so we’re all working very well together and now the only missing part is getting a win, which hopefully we can get this Friday night.  We’ve been slowly but surely working through some kinks with the car.  We’ve certainly had a few run-ins with some bad luck but we’ve made some improvements and I think over the last 3 weeks we’ve finally found some speed in the car, we just wish we could have found that speed a little bit sooner.  I always look forward to the 50-lapper and I’m hoping with us being in a better position with the car that the stars will align for us and we can get ourselves a win either this Friday night or later this season.”

Wins have been hard to come by in the Late Model division this season.  Through 15 races, the combination of Adam Gray, Kevin Gambacorta, and Tom Fearn have won 12 of the 15 races with Darrell Keane, Andrew Molleur, and Michael Wray having notched a single win each.

“It’s been extremely tough to win a race this season,” said Coury.  “Those guys have obviously found something that is working really well for their cars and they’ve been tough to compete with.  For me it’s a matter of stepping up our game with our car and over the last couple weeks everyone has had pockets of both being faster and slower and the field overall is really tight right now.”

Having won the Paradiso Insurance Late Model 50 last season, Coury knows exactly what he will need to have his #10 car among the contenders for the final laps of the 50-lap race..

“Obviously we’ll need a little luck and we’ll need things like track position to go our way during the race and most importantly you need to have a fast and consistent car that can take you to the front of the field,” said Coury.  “We’ve been hovering around being really good the last couple weeks and if we can get to the track Friday and do the right fine tuning on the car, I think we can be in a pretty good position to race for our first win of the season.  Pat, Gary, and the whole crew have put countless hours into making this season happen with this new car and a win would mean a lot to everyone.  I think we definitely have all the pieces in place to make that happen, now we just have to go out and get the job done.”