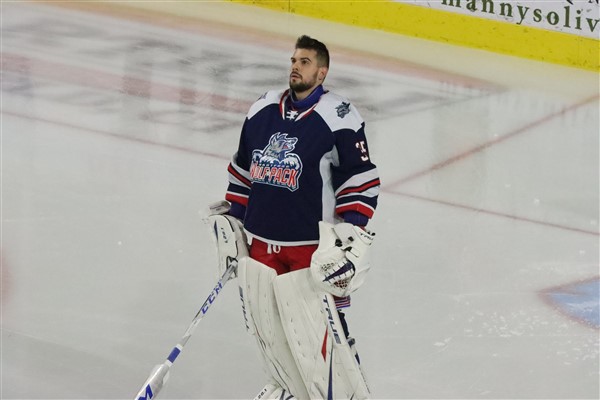 The home schedule kicks off with the club’s annual Home Opener on October 22nd at 7:00 p.m. against the Wilkes-Barre/Scranton Penguins. That night will feature the first giveaway of the season, as fans will receive a 2022-23 Wolf Pack Magnetic Schedule presented by Pepsi Zero Sugar.

The Wolf Pack will don a pair of specialty jerseys during the 2022-23 season. The first will be worn on Friday, February 3rd when the Wolf Pack hosts the Utica Comets at 7:00 p.m. on Military Appreciation Night. The second specialty jersey will be worn on Friday, March 17th, when the Springfield Thunderbirds come to town for a 7:00 p.m. puck drop on St. Patrick’s Day.

In addition to the Opening Night Magnetic Schedule, the Wolf Pack will have numerous giveaway nights during the 2022-23 season. Included in this season’s giveaways are a 2023 calendar on December 31st when the Wolf Pack host a New Year’s Eve celebration, a Wolf Pack youth jersey on March 5th, a Wolf Pack pint glass on March 17th, and a bobblehead on April 7th.

In addition to giveaways, the Wolf Pack will host a number of different theme nights throughout the course of the 2022-23 season.

Returning in 2022-23 are recurring promotions including $2 drafts and $1 hot dogs every Friday night. The CT-Dot Hat-Trick Pack is once again available for select dates, allowing fans to purchase three tickets, three hot dogs, and three fountain drinks in the red or blue sections. This package will be available on October 29th, December 3rd, December 23rd, December 31st, and March 5th.

Lastly, don’t miss your chance to skate on the same ice as the Wolf Pack on Saturday, October 29th, with the first post-game skate of the season!