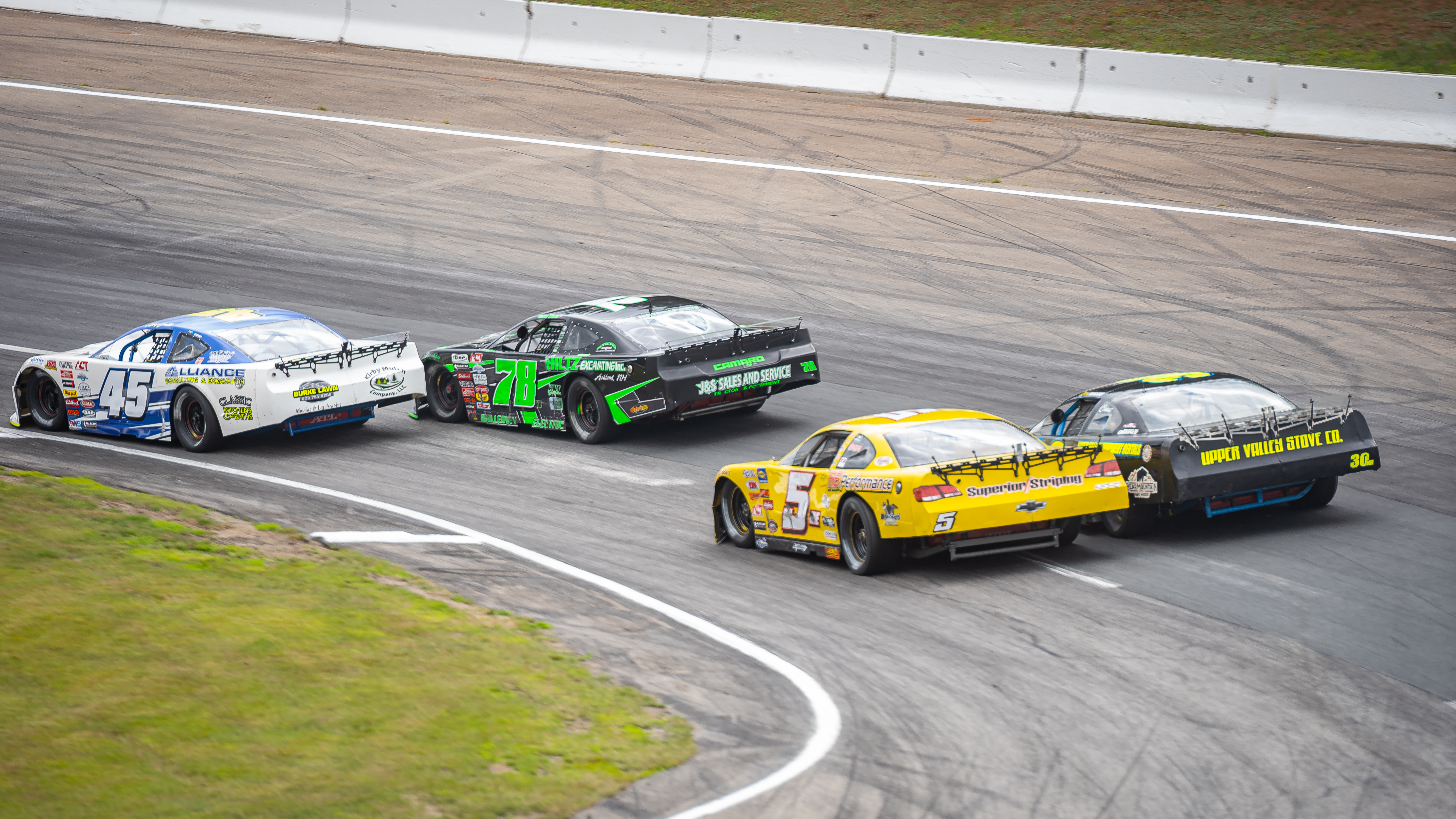 Barre, VT — With inclement weather being predicted for Sunday, the Fall Foliage weekend has been combined into an epic Saturday afternoon showdown. Both the American-Canadian Tour Fall Foliage 200 and the $1,000 to win, 50 lap championship event for the Wells River Chevrolet Flying Tigers have been moved to Saturday, September 17th alongside the originally scheduled Pro All Stars Series Super Late Model and Modified events. The New England Dwarf Car Series, Woodsville Guaranty Savings Bank Strictly Stock Minis, Dads 4 By Tool & Supply Kids Division and Wayne’s Market Dwarf Cars will all be moved to next Saturday, September 24th.

With the 80-90% chance of monsoon rains on Sunday, the all new schedule will feature huge championship implications for the American-Canadian Tour and Pro All Stars Series northeast touring giants. Not to be outdone, the PASS Modifieds and Wells River Chevrolet Flying Tigers have tight point battles at play, with the weekly Flying Tiger division crowning the 2022 track champion.

“It’s unfortunate,” said White Mountain Motorsports Park and American-Canadian Tour managing partner Cris Michaud. “We’ve been looking forward to this epic Fall Foliage weekend all year but Saturday’s ACT and PASS doubleheader is going to be really special, along with one of the closest Flying Tiger championships we’ve seen in awhile. I’m looking forward to it!”

The new Saturday schedule will have the pit area opening at 9:00 am on September 17th with practice set to start for the four divisions at 12:00pm and racing to start at a special 3:00 pm Post Time. Full race day schedule and pricing will be available in the near future.

The American-Canadian Tour returns to North Woodstock, New Hampshire’s White Mountain Motorsports Park for the final time in 2022 with the 44th Fall Foliage 200 on a new Saturday, September 17th date.  The $5,000-to-win, 200 lap event will be joined by a special $1,000 to win, 50-lap championship event for Wells River Chevrolet Flying Tigers plus the Pro All Stars Series Super Late Model 150 and PASS Modifieds! A new special Post time is set for 3:00pm. Full race day schedule and pricing will be available in the near future.