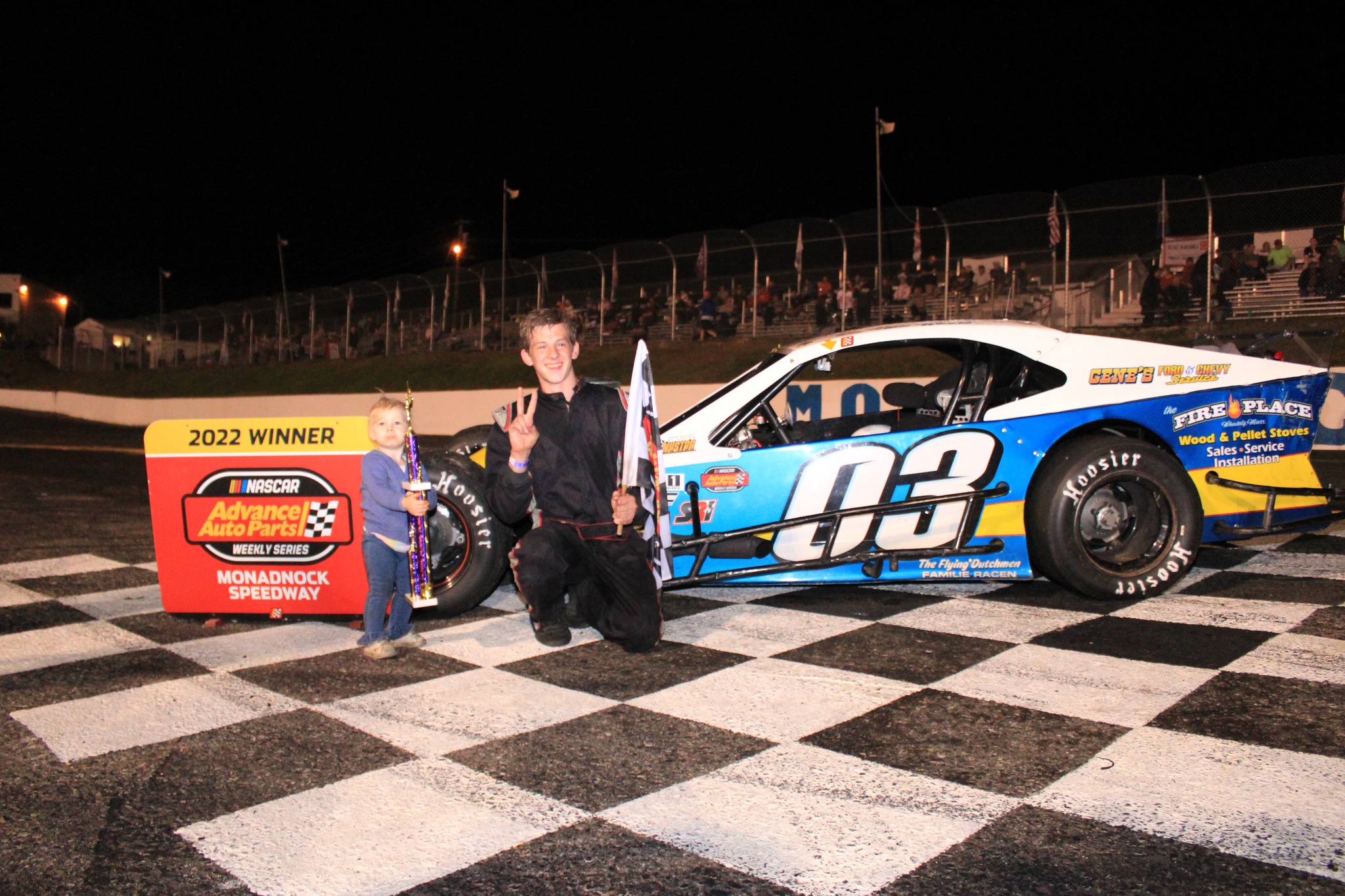 WINCHESTER, NH-  Nathan Wenzel took down his second win of 2022 in the 40-lap NHSTRA Modified race at Monadnock Speedway this past Saturday.  Brian Robie set fast time in time trials but Wenzel redrew for the pole position. Wenzel led all 40 laps as the race went caution free.  Points leader Tyler Leary moved into second on lap 3 but Brian Robie moved into second on lap 23.  Robie finished the race in second and Leary finished in third.  Todd Patnode finished in fourth and Ben Byrne rounded out the top five.

The points battle is heating up heading into Saturday’s season finale.  Leary holds an eight-point lead over Ben Byrne as it will also be the season finale for the Whitcomb Five Series

Gordon Farnum, Jr continues his dominance in the Mini Stock division as he won the 25-lap race. Farnum took the lead from Kevin McKnight on lap and was able to lead the rest of the way.  Louie Maher finished in second as he moved into second on lap 8. Kevin Clayton finished in third. Christopher Sontag finished in fourth and Kevin McKnight rounded out the top five.

The Pit Gates will open at 9:00 a.m. while the grandstands open at noon  Practice will also begin at noon with qualifying set to begin at 2:00 p.m. Feature racing to follow after qualifying.