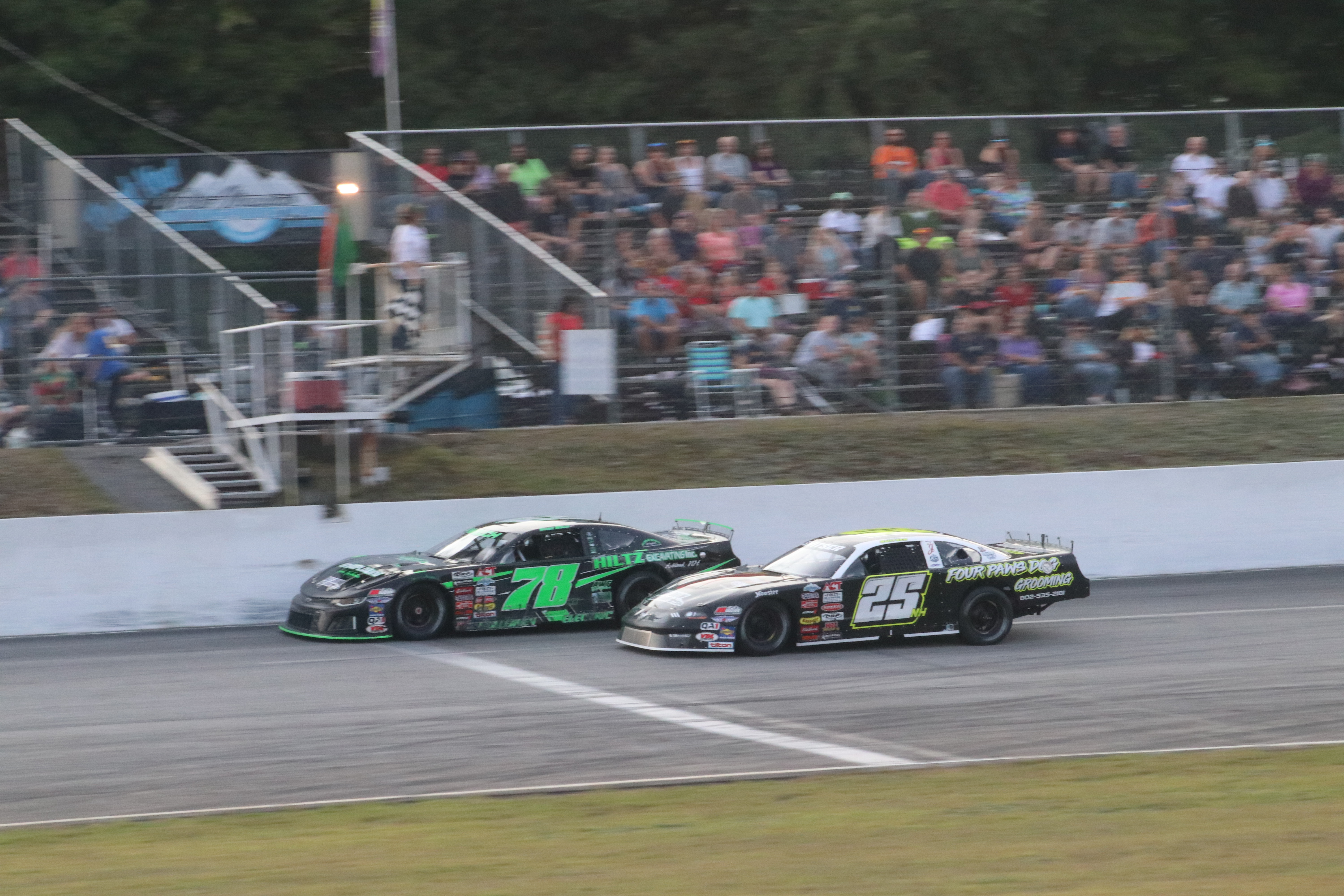 For the second consecutive year, the $5,000 to win R&R Race Parts NH Street Stock Open is coming to White Mountain Motorsports Park. In 2021, over 40 V-8 Street Stocks from across New England made the trip down Route 3 for their chance at the $5,000 prize. With the Open Rules available through the R&R Open Street Stock Series, Street Stock-type teams from across the Northeast are able to compete with minor adjustments with tires available for all comers. Can someone steal away the top prize from defending champion Jimmy Renfrew Jr., be there Saturday to find out!

The 2022 King of the Mountain Foley Oil & Propane Late Model track championship comes down to the final 50 lap feature of the season. Eight-time champion Quinny Welch is looking to take down a record ninth championship on Saturday with his 54-point lead over fellow White Mountain master Stacy Cahoon. Cahoon narrowly edges hot-shoe Jesse Switser by one point. Welch is not quite out of the woods yet with heat, semi-feature and feature event points up for grabs, a driver can take home 70 points with the Hat Trick of winning all three.

Oxford, Massachusetts’ driver Nick Anderson leads the inaugural championship standings for the Ammonoosuc Asphalt Mini Late Models over Newfield, New Hampshire’s Ken Marrier. Anderson’s 46-point lead is also not a guarantee for the 2022 track championship with 60-points per event up for grabs in the Mini Late Models. Although this will be the final point-counting event this season, the Ammonoosuc Asphalt Mini Late Models have been invited to Barre, Vermont’s Thunder Road on September 30th for a $1,000 to win, 50 lap feature alongside the Pro All Stars Series on Friday of Milk Bowl weekend.