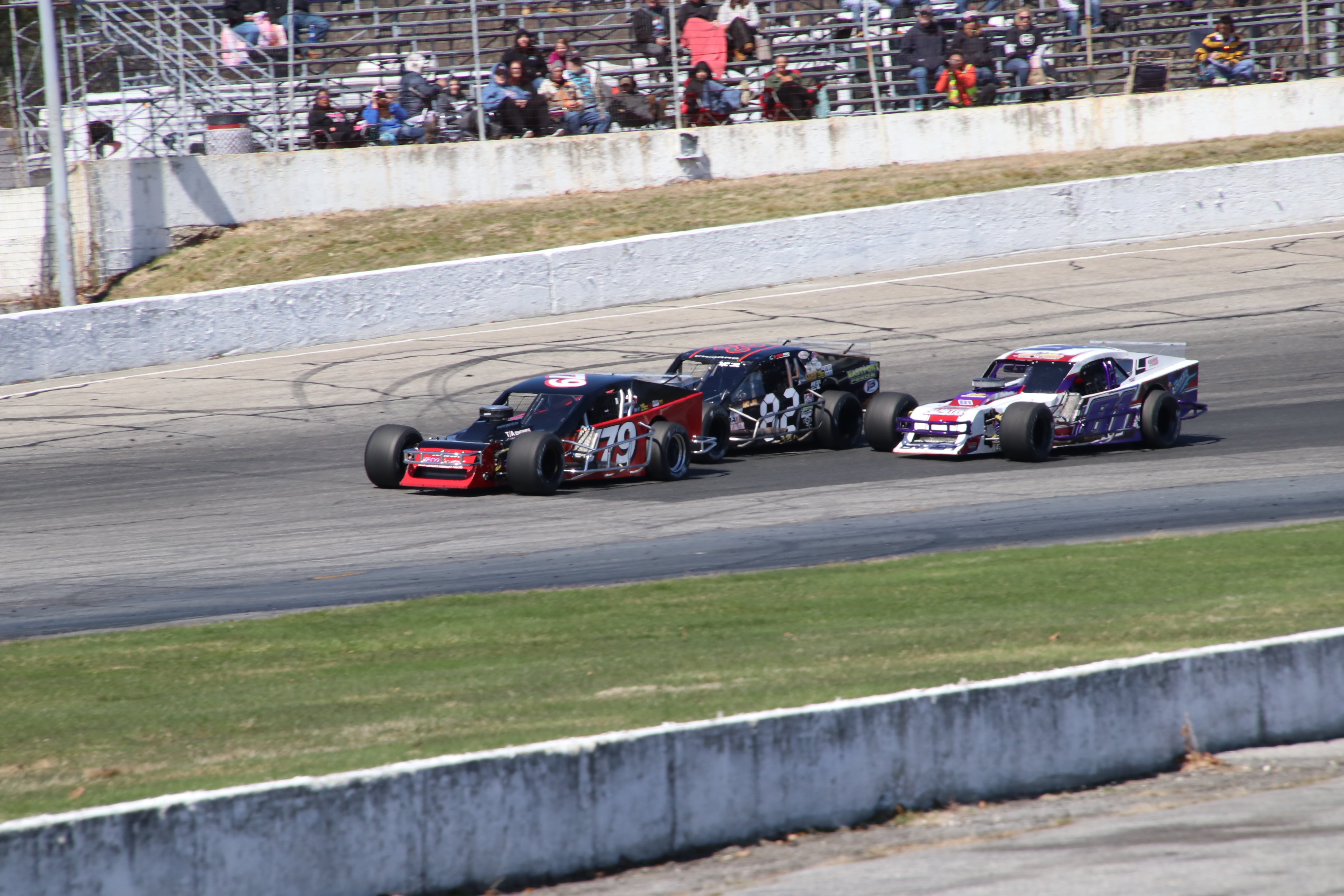 THOMPSON, CT-  The 60th annual Sunoco World Series of Racing will take place this weekend at Thompson Speedway Motorsports Park this weekend that will feature many different divisions of racing.

Each day of the event will feature a Tour-Type Modified Race.  On Friday night, the Modified Racing Series will race for 75 laps while on Saturday, the Sunoco 100 Outlaw Open Modified race will take place where the winner will win $10,000 and on Sunday, the Phoenix Communications 150 will take place for the NASCAR Whelen Modified Tour.

The NASCAR Whelen Modified Tour will come to the 5/8 mile oval for the second time this season. Craig Lutz will be looking to make it three wins in a row dating back to the Sunoco World Series of Racing in 2020.  Lutz brought the Danny Watts team to victory lane back in August. The battle for the championship is also heating up as Jon McKennedy comes into Thompson with a three point lead over Justin Bonsignore and Ron Silk. Bonsignore won the last time the NASCAR Whelen Modified Tour raced at Riverhead Raceway for the Ed Partridge 256 back on September 17. It will be the second to last race of the 2022 season as the Whelen Modified Tour champion will be crowned at Martinsville Speedway on Thursday, October 27.

The Outlaw Open Modified Series will have a 100 lap race on Saturday night.  Mike Christopher, Jr has won two races this season for Tommy Baldwin.  Ryan Preece came to Thompson and won in the last event three weeks ago.

The Modified Racing Series will race on Friday night as they will race 75 laps. Many drivers have entered including Woody Pitkat, Kirk Alexander, Tommy Barrett, Todd Owen, and others.

The Sunoco Modified Triple Crown presented by Weston Automotive will make a return for the second year in a row as they will race each day of this prestigious event.  Stephen Kopcik has won all three Sunoco Modified races this year. Kopcik currently leads the Sunoco Modified point standings by 19 points over Todd Owen and Troy Talman.

The Pro All Star Series Super Late Models will be part of the weekend on Saturday as they will race 75 laps. PASS raced at the Icebreaker back in April.  D.J. Shaw won the event.  PASS raced this past weekend at the 60th annual Milk Bowl as Ryan Kuhn took down the victory.  Heading into Thompson this weekend, PASS has three races remaining on their 2022 schedule as they will race at Thompson followed by Oxford Plains on Saturday, October 15 and close out the season for the first time at the New London-Waterford Speedbowl on Saturday, October 29.

The American Canadian Tour Late Models will also be apart of the program on Saturday as they will race 75 laps. Christopher Pelkey won the 60th annual Milk Bowl this past Sunday at Thunder Road Speedbowl in a non-points event. In the last points race at White Mountain Motorsports Park during the Fall Foilage 200, ACT veteran driver Patrick Laperle took down in a last lap thriller over D.J. Shaw.  Shaw enters into this weekend as the ACT Tour point leader with a 168-point lead over Alexandre Tardiff.  Tardiff is currently leading the ACT Tour Rookie of the Year Standings. The ACT Tour have three races remaining on their 2022 schedule as their next race after Thompson will be at Seekonk Speedway as they will race with the Monaco Tri Track Open Modified Series on Saturday, October 22 and conclude their season at the New London-Waterford Speedbowl on Saturday, October 29.

The Late Models will race 25 laps on Friday night.  The Late Model drivers will have a chance to run in the ACT Tour race on Saturday as the Thompson Late Models currently run under the ACT Tour Late Model rules. Derek Gluchacki has a 10 point lead over Ryan Morgan.  Gluchacki and Morgan had a great battle for the lead during the last event back on September 14.

The Supermodifieds make a return to Thompson after a year hiatus. The New England Supermodified Series will race 50 laps on Saturday.  Ben Seitz won the 50 lap race last Friday at the 60th annual Milk Bowl at Thunder Road Speedbowl in Vermont.  Jon McKennedy won the inaugural race at Thunder Road back in June.  Rob Summers won at White Motorsports Park back in July. McKennedy won his second race of the season with the series at Seekonk Speedway back in August.  Derek Griffith won at Oxford Plains Speedway during 250 weekend. It will be the second to last race of the season for the New England Supermodified Series as they will close out their season at the New London-Waterford Speedbowl on Saturday, October 29.

The NEMA Lites will also be in action as Joey Bailey took down the win during Oktoberfest weekend at the Lee USA Speedway.  NEMA will be racing on Sunday.

Other divisions that will be included during this prestigious short track event include a 4-Cylinder Open Mini Stock race, as well as the R&R Wholesale Parts Street Stock Open, the EXIT Realty Pro Truck Series, the Pro 4 Modifieds and STAR Antique Racers.

The pit gates wlll open at 8:00 a.m. on Friday morning.  Rotating Practice will begin at 11:00 a.m and end at 4:30 p.m. The grandstands will open at 12:00 p.m.  Qualifying for the Friday night divisions will begin at 5:00 p.m. that will feature the Modified Racing Series, round 1 of the Weston Automotive Sunoco Modified Triple Crown, Thompson Late Models, R&R Wholesale Auto Parts Street Strock Open, 4-Cylinder Mini Stock Open, and the STAR Antique Racers. Features to follow after qualifying.

On Sunday, the pit gates will open at 9:00 a.m. Pre-Race Ceremonies to begin at noon.  Qualfying will begin at 12:15 p.m. for round 3 of the Weston Automotive Sunoco Modified Triple Crown, Limited Sportsman, SK Lights, NEMA Lites, and the EXIT Realty Pro Truck Series. Features to follow after qualifying.  The Phoenix Communications 150 NASCAR Whelen Modified Tour event is scheduled to take the green flag at 4:00 p.m.