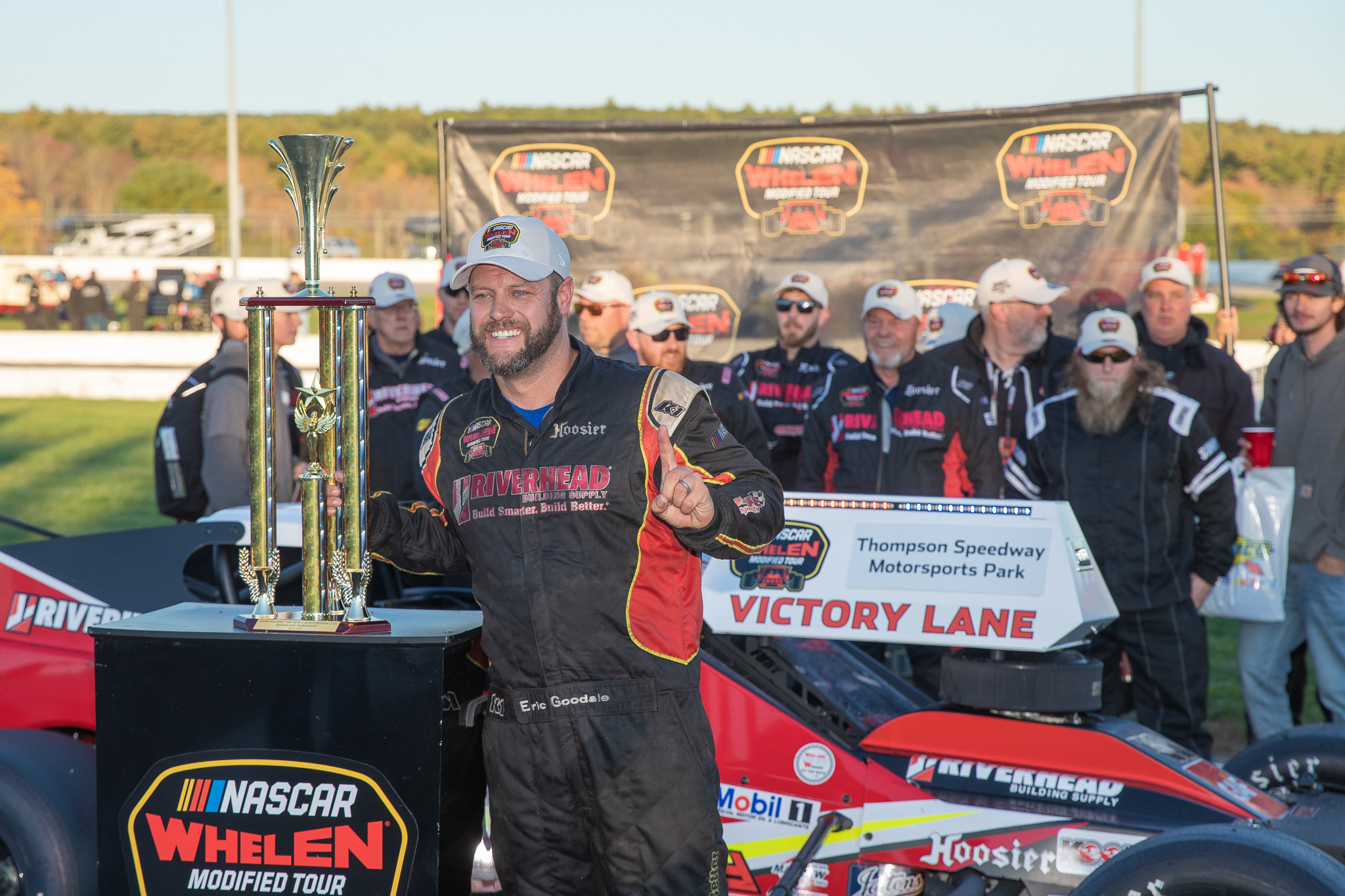 THOMPSON, CT- Eric Goodale dominated the Phoenix Communications 150 NASCAR Whelen Modified Tour event on Sunday at Thompson Speedway Motorsports Park.  Goodale took the lead from Doug Coby on lap 78 and never looked back.  The only caution of the event came out on lap 13 as Tommy Catalano spun.

The NASCAR Whelen Modified Tour will close out its 2022 season with the Virginia For Lovers 200 at Martinsville Speedway on Thursday, October 27.

Ryan Preece won the Sunoco 100 Outlaw Open Modified event on Saturday night. Woody Pitkat would lead the majority of the event. The first caution of the event came out on lap 82 as the field came down pit road and took tires.  Pitkat would lead on the restart. There would be two more cautions on before Preece took the lead for good in the closing laps of the event.  Pitkat finished in second and Matt Swanson finished in third.

Garrett Hall led the field to the green in the 75-lap PASS Super Late Model race.  Wayne Helliwell, Jr took the lead from Hall on lap 12. Hall would retake the lead as he went on to win at Thompson for the first time since 2016. Helliwell, Jr would finish in second, and D.J. Shaw would finish in third.  The next event for the PASS Super Late Models will be at Oxford Plains Speedway this Saturday as they will wrap up their 2022 season at the New London Waterford Speedbowl on Saturday, October 29.

Tom Carey, III dominated the 75-lap ACT Tour Late Model race as he led every lap. He would have to challenge many drivers for the win as he had a battle with Alexandre Tardff, D.J. Shaw, and Derek Gluchacki.  Carey, III would be able to hold off Gluchacki in the final laps and win the event.  The final two events of the 2022 season for the ACT Tour will be at Seekonk Speedway for the Haunted Hundred on Saturday, October 22 and the season finale will be at the New London-Waterford Speedbowl on Saturday, October 29.

Kris Watson would win the R&R Street Stock Open.  Their next event will be at Hudson Speedway on Sunday, October 30.