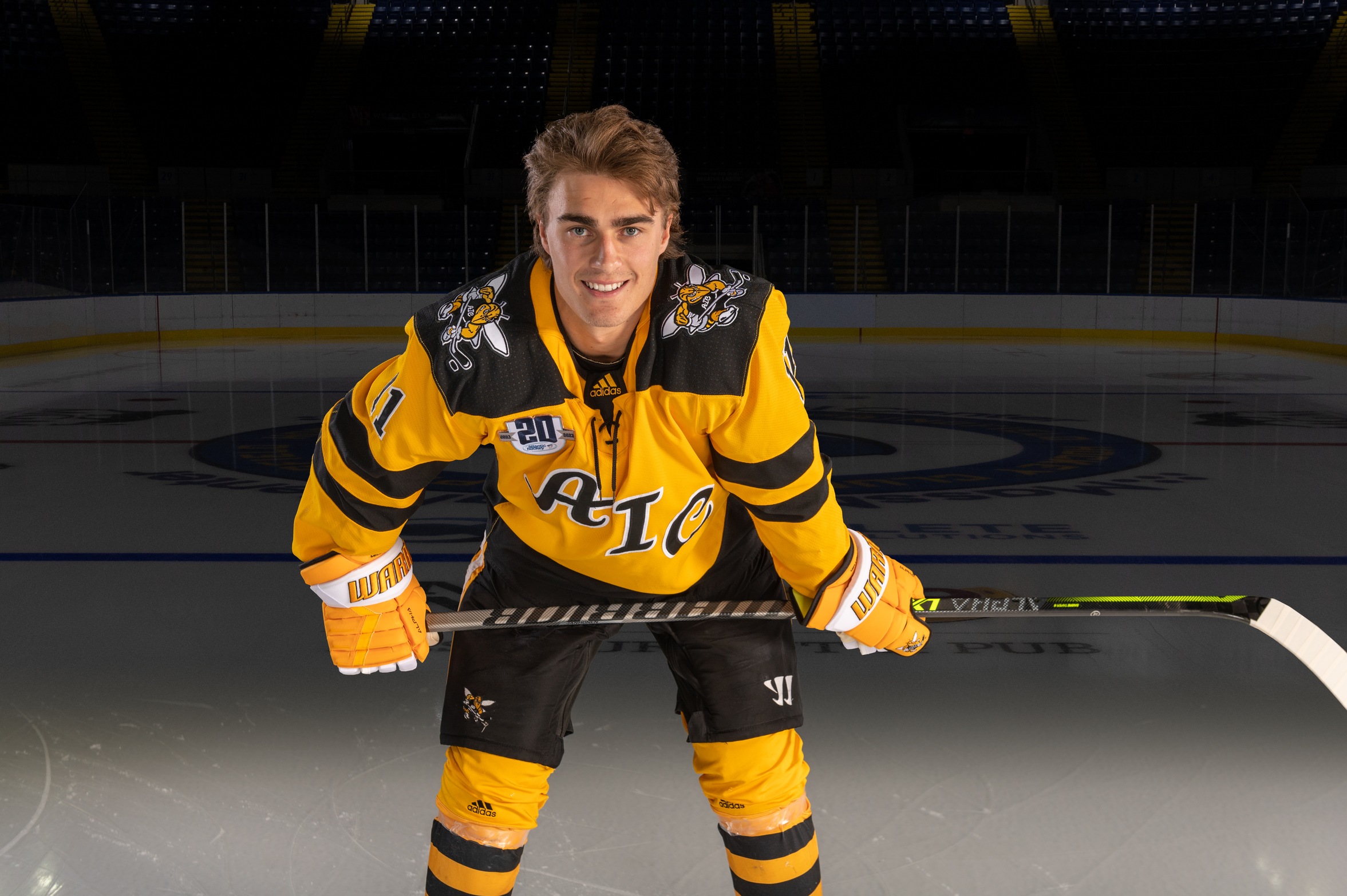 The relative calmness of the first period, which went by without a goal, belied the cacophony of scoring the rest of the game had in store. AIC opened the scoring just 1:34 into the middle frame, as Evan Stella kept the puck in at the blue line and turned it deep in the corner for Blake Bennett. Bennett in turn hit Julius Janhonen in front for a one-timer that tickled the twine for his first of the year.

A Niagara penalty on the subsequent shift put AIC up a man, and the Yellow Jackets clicked to make it 2-0. Matt Rickard‘s point-to-point pass set up Jordan Biro for a one-timer, and Dustin Manz tipped it home from the doorstep at 2:29 to make it 2-0 with his first of the season.

Niagara’s Ryan Cox cut AIC’s lead back to one at 12:35, but in what would become the theme of the night, AIC countered quickly. Another penalty put AIC back up a player and it was déjà vu as Manz won the draw back to Rickard, who went across the point for a Biro one-timer that Manz tipped in for his second at 13:37.

Carter Randklev again trimmed AIC’s lead back to one but the Yellow Jackets re-extended again. A faceoff win in the defensive zone led to a breakout for Brett Rylance and Oscar Geschwind, and it was the latter who put the puck away at 17:45 for his second of the year and sent AIC to the locker room up 4-2.

In the third, the Purple Eagles clawed back to within one again, as Jay Ahearn tallied at 0:56 on the man advantage. It took AIC one second less to counter; Rylance won the puck in the corner and fired it to the netmouth for Nicholas Cardelli to take a shot. His initial bid was saved, but Geschwind knocked the rebound home at 1:51 for his third of the year.

From there, AIC held the Purple Eagles off. Niagara pulled its netminder late, but Stella blocked a shot and Janhonen sent the puck length of the rink and into the net at 19:31.1 for his second of the night and season to seal the win.

Jarrett Fiske earned his first collegiate win, making 23 saves to improve to 1-0-2 on the campaign.

The two teams will finish the weekend set off on Saturday, October 15 at 5:30 p.m.