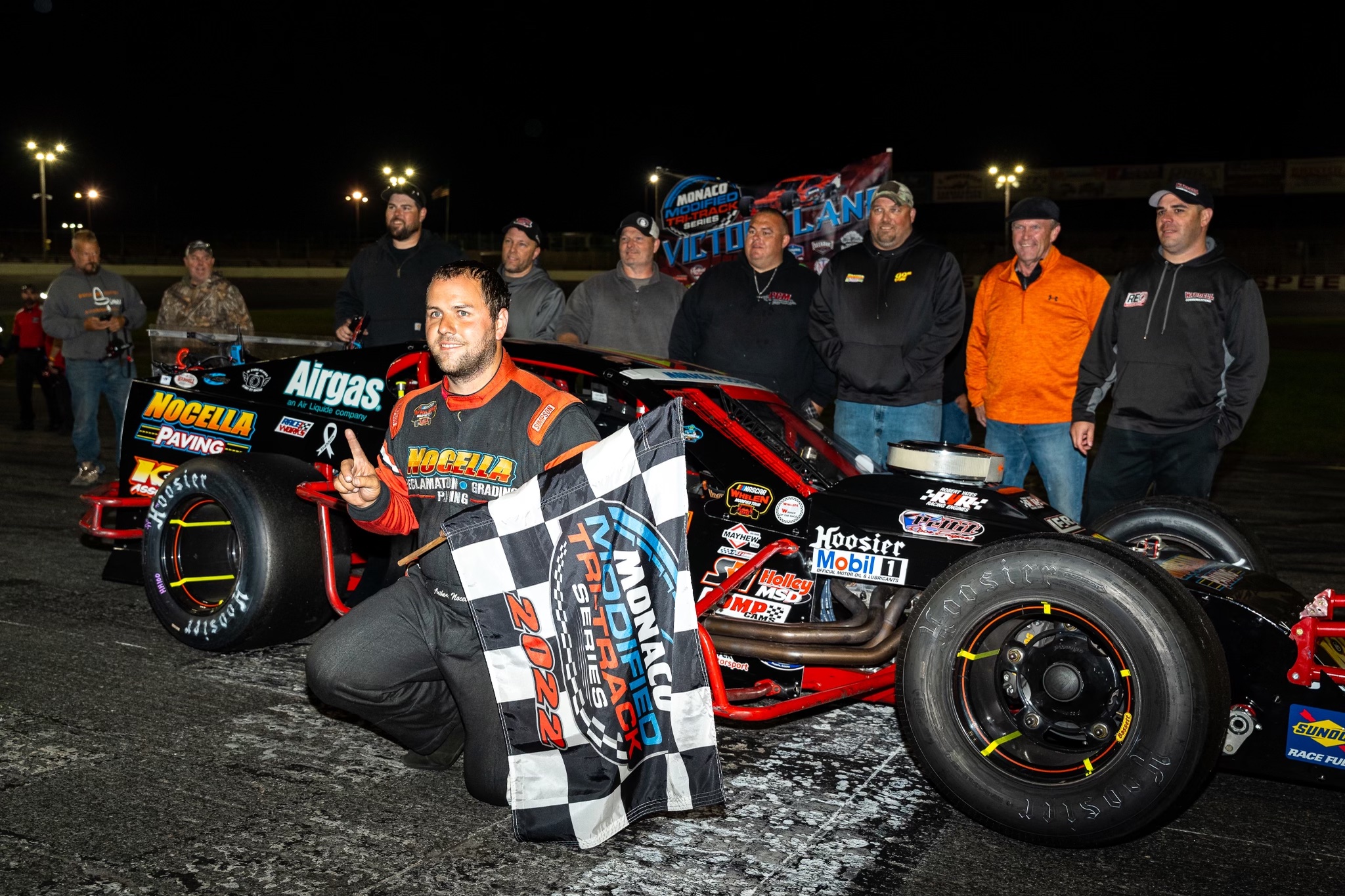 In the headliner of the afternoon, Anthony Nocella topped the final race of the Monaco Modified Tri-Track Series season, scoring his first victory of his career with the series. Nocella’s Seekonk triumph was a long time coming – as the driver of the No. 92 had finished at the front of the field at the third-mile multiple times, in multiple different modified divisions.

Nocella took the lead from early race dominator Chuck Hossfeld for the final time on lap 69, and drove away to the victory. Hossfeld finished second, driving for Stephen Kopcik, while Matt Hirschman wrapped the podium in third. Nocella’s victory marked the sixth different winner in seven Monaco Modified Tri-Track Series events for the 2022 season – only Hirschman ended the season as a multiple-time winner.

With his podium, Hirschman locked up the series title for the seventh time by more than 40 points over his closest challengers. In another season filled with winning and top-five finishes across the Northeast, Hirschman rocketed back to title form with Tri-Track – one of the most competitive Modified touring divisions in the region.

Kyle Bonsignore and Woody Pitkat finished the top-five in the 100-lap event. In qualifying heat racing earlier in the day, the field was trimmed from 43 down to 29 cars who started the main event. In the Pepsi Challenge heat races, Matt Galko, Hirschman, Sam Rameau and Pitkat picked up $300 each for winning their respective heat. In the two Pepsi Challenge consi races, veteran Todd Szegedy and Rob Murphy picked up $300 each.

In the 100-lap penultimate race of the season for the American-Canadian Tour, the final 30 laps was a showdown between eventual series champion DJ Shaw and Seekonk Speedway Late Model regular Jacob “Rowdy” Burns. It was Burns who took the lead early, but Shaw charged from the bottom of the top-10 to the front quickly, and challenged for the lead in the final stages. The two swapped the lead back and forth for the final circuits, and on the final lap, as the field crossed for the white flag, Burns was out front. However, it was Shaw who would dive to the bottom and make the pass, edging Burns as the finish by .068 seconds. As a local regular, Burns was looking to become the first track standout to beat the invading ACT Tour drivers in the 17th race in the history of ACT at Seekonk, but came up just a tick short. Alexandre Tardiff finished third, followed by Jason Corliss and Tom Carey III in a 32-car starting field.

Burns was the winner of the day in the $2,000 to win, 30-lap INEX Legends Cars race – holding off a hard-charging Mason Tessier in the final few feet to win by inches. Burns and Tessier swapped the lead back and forth themselves for many of the late laps, with Tessier trying the bottom in the final corner, but coming up just short. Jase Mongeon, Jake Silvia and Brendan LaBelle finished the top-five in the 27-car starting field, with a purse of over $7,000 distributed post-race.

The 2022 season for the Monaco Modified Tri-Track Series is now complete. A 2023 schedule is expected to be released in the coming months. The American-Canadian Tour will wrap their 2022 campaign at New London-Waterford Speedbowl on Saturday, October 29.