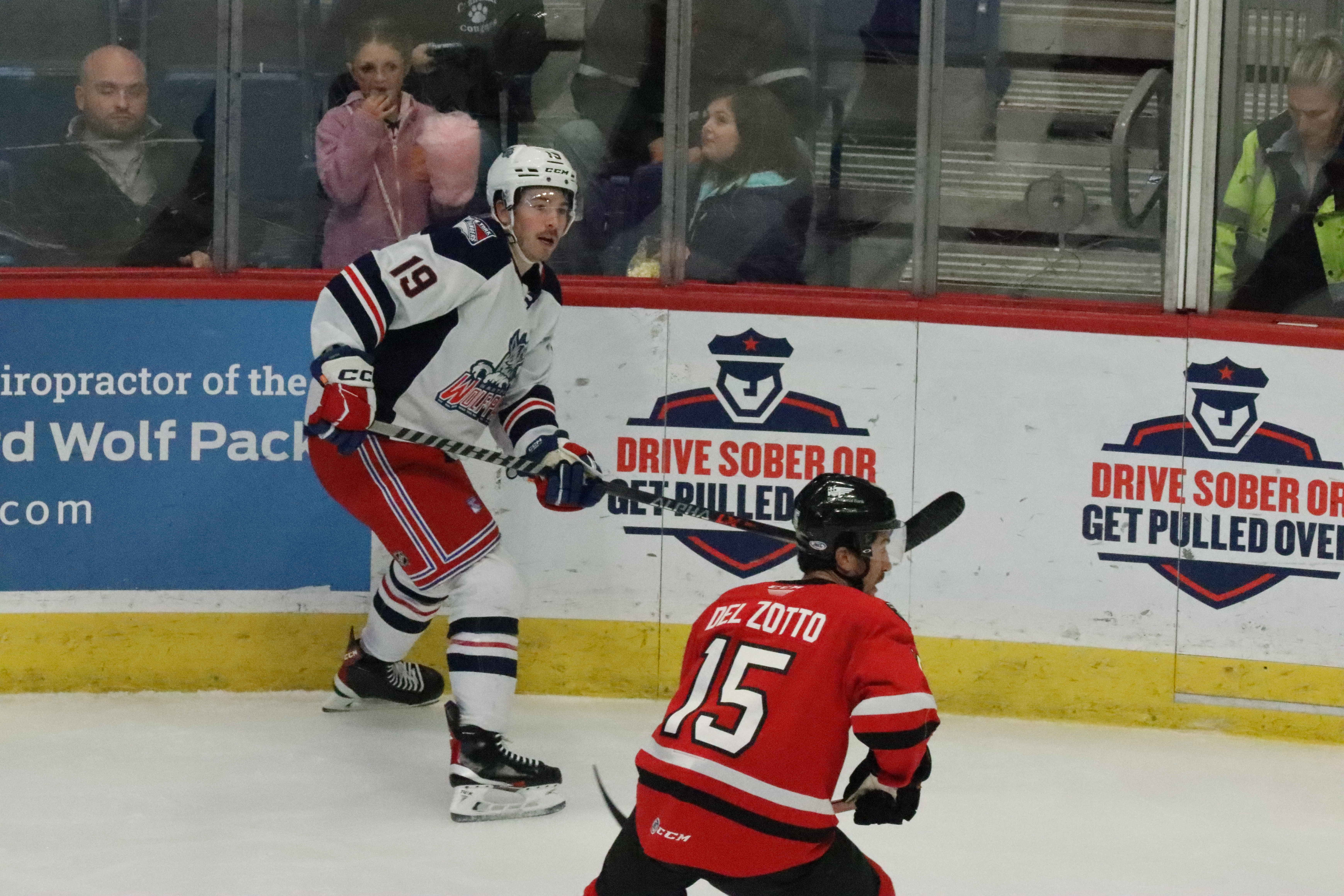 HARTFORD, CT-  The Charlotte Checkers prevailed in a shootout on Wednesday night at the XL Center winning 3-2 against the Hartford Wolf Pack

” I think we relaxed through the game. I thought we came out to a great start and I think Charlotte was building their game and getting better and better and I think we were just sitting back.” Hartford Wolf Pack Head Coach Kris Knoblauch Said

Riley Nash responded for the Checkers as Patrick Giles would make the backhand pass and Nash sent the shot over the glove of Wolf Pack goaltender Louie Domingue to even the score at 1-1 18 seconds later.

Matt Rempe retook the lead for the Wolf Pack as he went to the blue paint and put the puck past Lyon for his first professional goal with 2:43 remaining in the second to retake the lead and make it 2-1.

The Checkers tied the game 2:34 into the third period as Lucas Carlsson fired the one-timer to even the score at 2-2.

Chris Tierney would end up scoring the game-winning goal in the Charlotte.

The Wolf Pack will look to change things around as they start a road trip tonight against the Hershey Bears at the Giant Center.