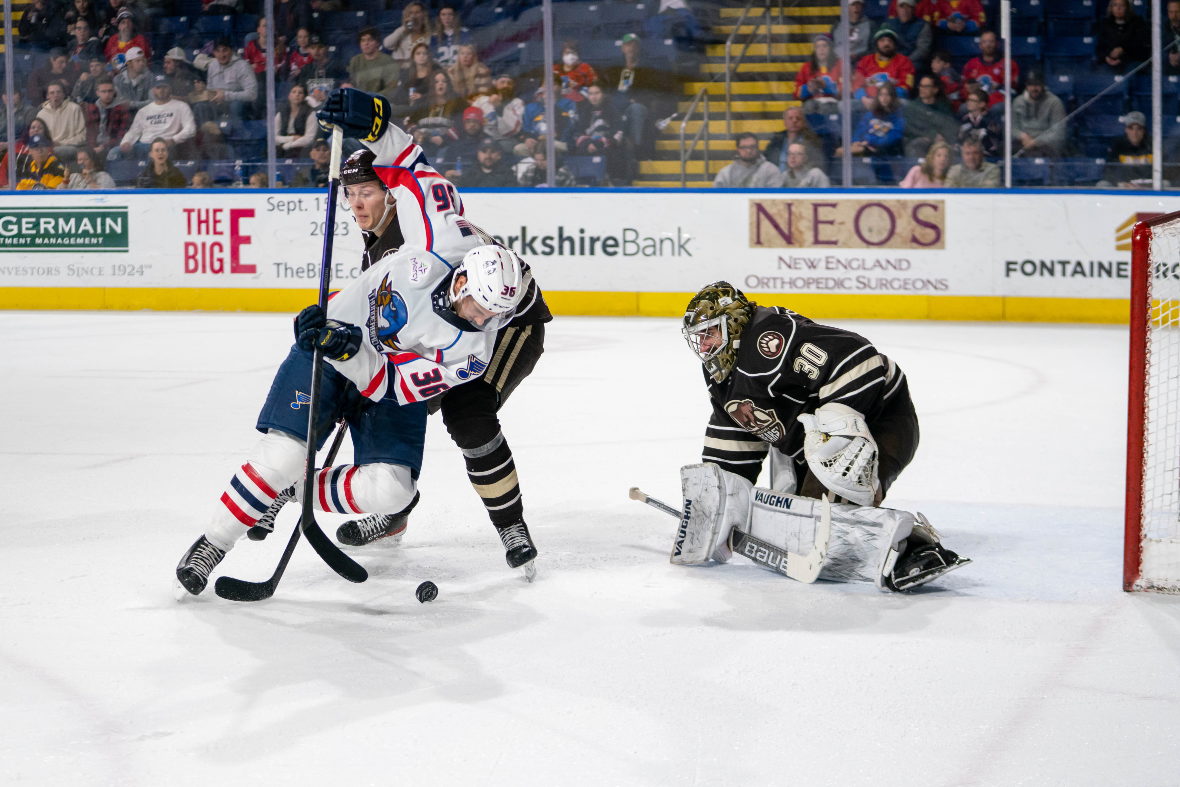 SPRINGFIELD, MA- Mason Morelli used the backhand to score the game-winning goal for the Hershey Bears as they defeated the Springfield Thunderbirds 2-1 on Wednesday night at the MassMutual Center.

” I thought they came at us pretty hard in the first period. They kind of had us at our heels. I thought we got better as the game went on. We gave up too many odd-man rushes. We’re lucky they didn’t capitalize. We got the job done.” Hershey Bears coach Todd Nelson Said

The first period was scoreless.

The Bears however would not go away quietly as former Thunderbird Henrik Borgstrom made the pass to Connor MacMichael as he used the wrist shot to put over the blocker of Thunderbirds goaltender Joel Hofer to even the score at 1-1 with 2:34 remaining in the second period.

” I thought we were struggling especially in the first period. I don’t think we played well. I think we got a lot better.” Borgstrom Said

Bears goaltender Hunter Shepard made the save of the night in the third period as Thunderbirds forward Greg Printz tried to used the backhand toward the net as Shepard made the dive and the glove save.

Mason Morelli would put an execution mark on this game as he went on a breakaway and use the backhand to beat Hofer with 11:42 remaining in regulation to make it 2-1.

” It was a great defensive play by Aaron Ness to free up that puck. It was kind of right time, right place. Just got lucky right there.” Morelli Said

Hershey would continue their road trip this weekend as they take on the Hartford Wolf Pack tonight and tomorrow at the XL Center.

The Thunderbirds will return to home ice at the MassMutual Center tomorrow night when they take on the Wilkes-Barre/Scranton Penguins. Puck drop will be at 7:05 p.m.