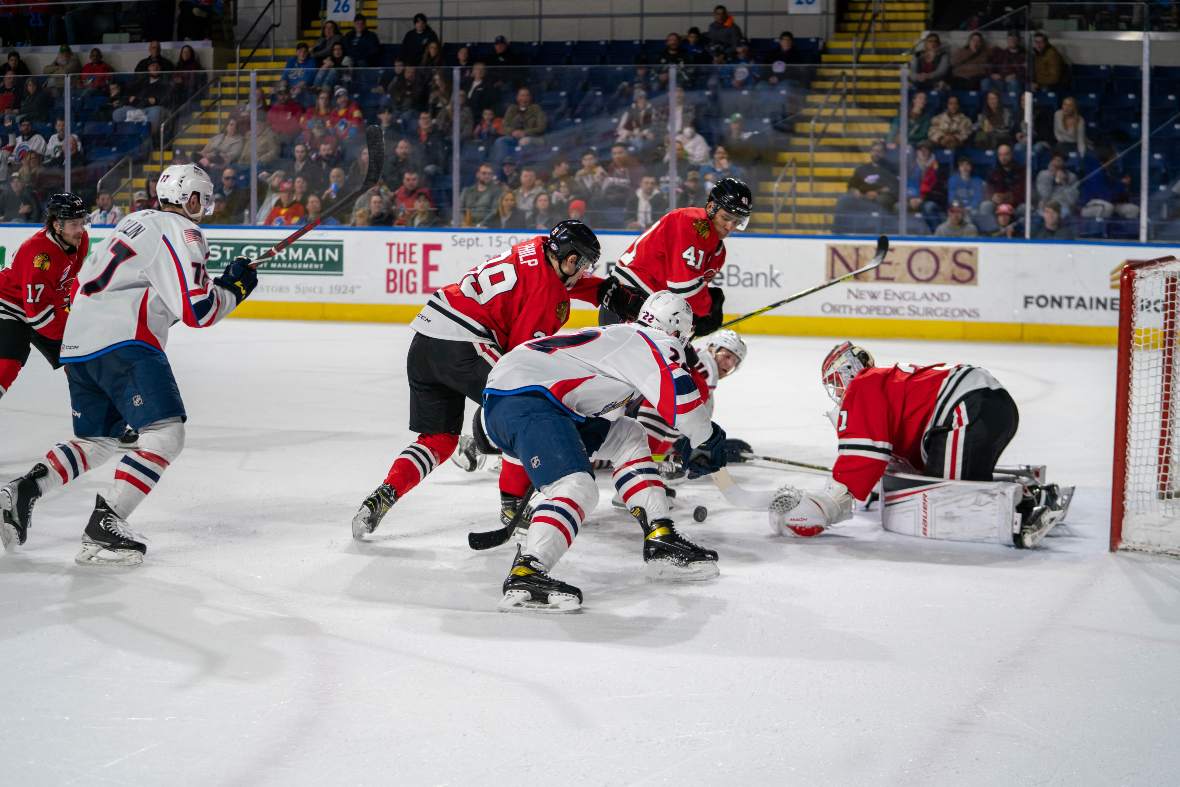 SPRINGFIELD, MA- The Rockford Icehogs came to the MassMutual Center for the first time in Thunderbirds franchise history and scored the 4-2 win on Friday night.

The Icehogs extended their lead with 15:06 remaining in the second period as Cole Guttman took the puck and found Buddy Robinson at the net and Robinson would score to make it 2-0.

The Icehogs extended their lead once again as Cole Guttman scored for his team to make it 3-1 with 2:17 remaining in the second period.

The Thunderbirds would get one more goal before the end of the second period 64 seconds after the Icehogs scored. Alexey Toropchenko took the shot and it would hit the crossbar Icehogs goaltender Dylan Wells ended up pushing the puck into his own net to cut the lead down to 3-2.

The Icehogs extended 39 seconds into the third period when Luke Philip shot the one-timer past Hofer to make it 4-2.

The T-Birds would score a goal as it looked like Toropchenko would score his second goal of the game when he would beat Wells on the side of his blocker. However, the goal was waived off due to goaltender interference.

The Thunderbirds could not rally back as the Icehogs would win 4-2.