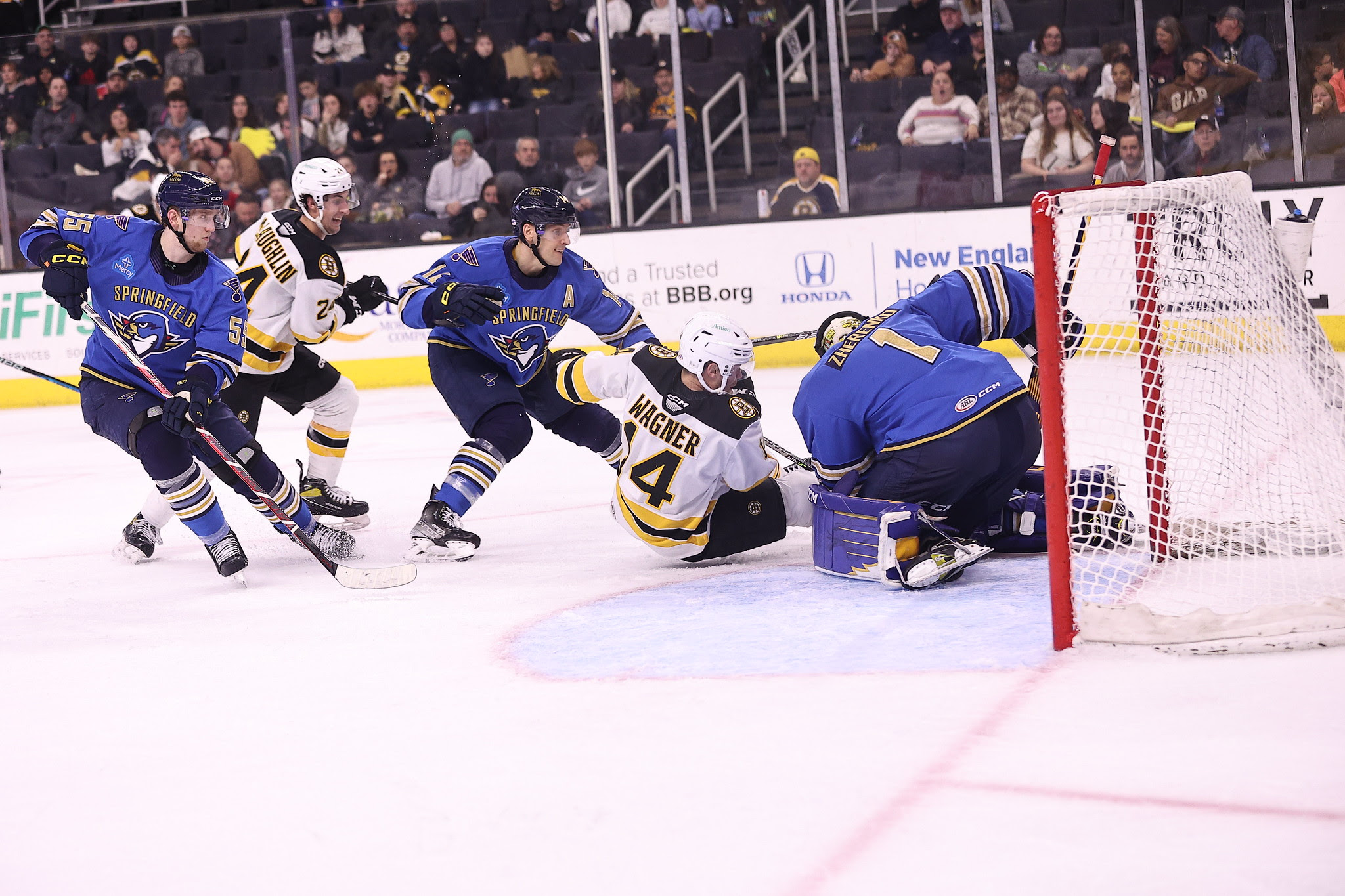 Photo Courtesy of the Providence Bruins

PROVIDENCE, RI-  The Providence Bruins scored two late goals in the third period as they defeated the Springfield Thunderbirds on Saturday at the Amica Pavilion Center in Providence.

The first period was scoreless but the goaltenders were busy in the period as they both faced 12 shots on goal. The Thunderbirds would put pressure on Bruins goaltender Branndon Bussi as he stopped six shots in the first five minutes of the opening period.

Nikita Alexandrov got the Thunderbirds on the board with 17:14 remaining in the second period with Matthew Highmore making the pass to Alexandrov. He was able to beat Bussi shoulder side to make it 1-0. Alexey Toropchenko received the secondary assist.

Zherenko made 24 saves through two periods of play as the Bruins outshot the Thunderbirds 12-5 in the second period.

The T-Birds would get a huge 5-on-3 power play opportunity in the third period as Bussi made three huge saves.  The Bruins killed off the two-man advantage for the Thunderbirds.

The Bruins would get a power play opportunity later on in the third period. Vinni Lettieri tied the game for the Bruins with 9:45 remaining in regulation as he fired the one-timer that beat Thunderbirds goaltender Vadim Zherenko to even the score at 1-1. Jack Achan and Gerogii Merkluov received the assists on Lettieri’s goal

The Bruins would get the game-winning goal late in the third period. Luke Toporowski made the pass to Justin Brazeau. Brazeau took advantage of the play as he scored with the backhand shot to make it 2-1 with 2:55 remaining in regulation. Lettieri received the secondary assists.

Bruins goaltender Brandon Bussi stopped 25 out of 26 shots in the team victory.  Thunderbirds goaltender Vadim Zherenko stopped 32 out of 34 shots.

The Bruins played on Sunday as netminder Keith Kinkaid was a busy guy stopping 46 shots as they defeated the Hartford Wolf Pack 3-1.