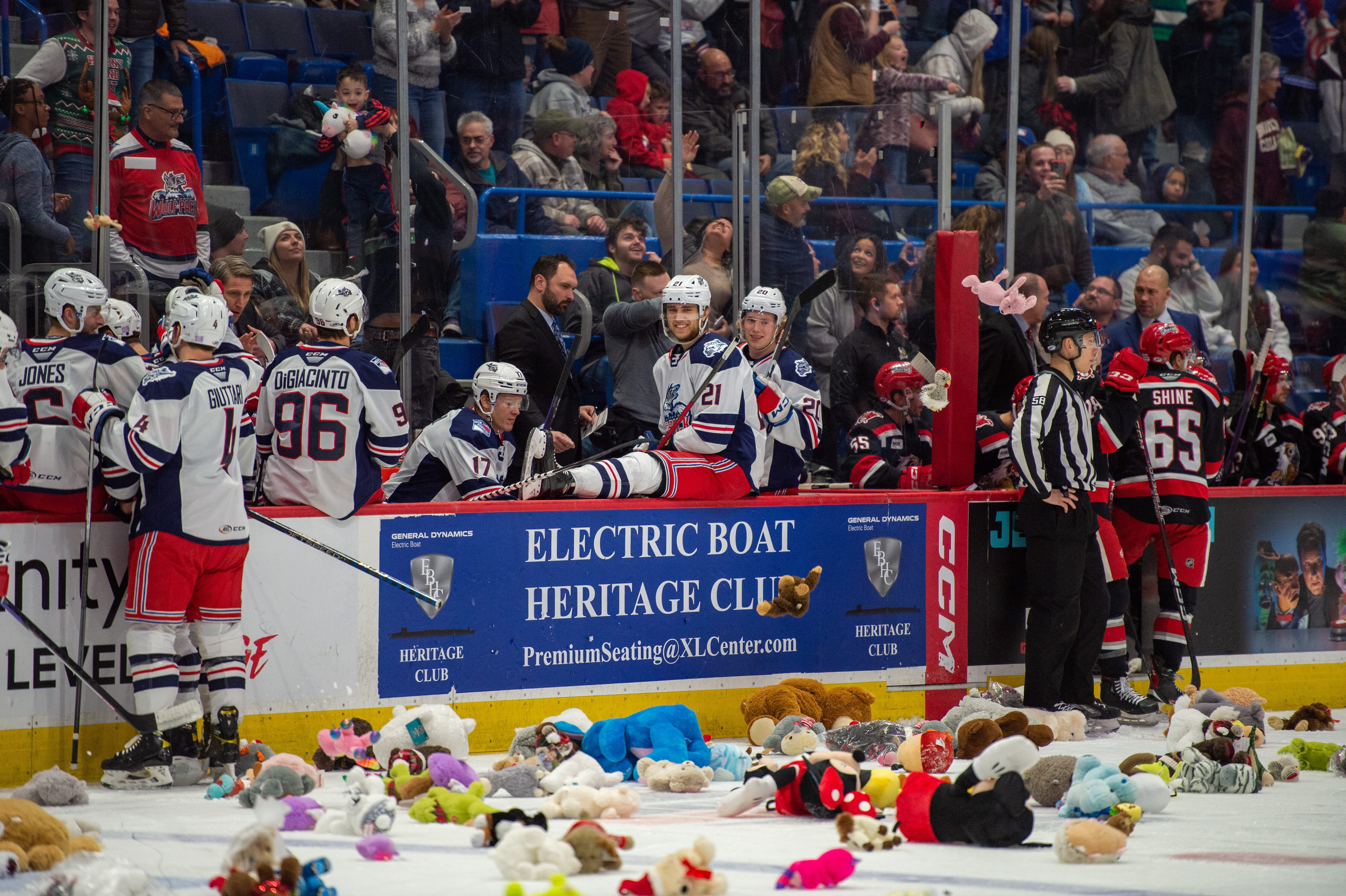 HARTFORD, CT-  The Hartford Wolf Pack returned to home ice for three games in four days at the XL Center.  On Wednesday, they welcomed the Lehigh Valley Phantoms as they took down the 3-2 victory.

The Pack would score three goals in the first period. Ty Emberson got the Wolf Pack on the board 2:58 into the opening period as he took the shot that went past Phantoms goaltender Samuel Errson to make it 1-0.

Andy Wellinski extended the lead for the Wolf Pack three minutes later after Tanner Fritz made the cross-ice pass to him and Wellinski scored to make it 2-0.

Will Cuyille intercepted a pass and fired the shot from the left faceoff circle to make it 3-0 with 8:41 remaining in the first period.

The Phantoms tried to rally in the third period as Garrett Wilson fired the one-timer that passed through Wolf Pack goaltender Louie Domingue to make it 3-1 14 seconds into the third period.

Tyson Foerster cut the lead down to one as he scored a 4-on-3 power-play goal for the Phantoms to make it 3-2.  The Wolf Pack would hang on to the 3-2 victory.

On Friday, the Milwaukee Admirals came to the XL Center for the first time since 2003. The Admirals shoutout the Wolf Pack 2-0

Markus Nurmi scored a goal in the second period that would end up being the game-winning goal to make it 1-0. Tommy Novak gave the Admirals insurance in the third period as he scored for his team.

The Wolf Pack took on the Grand Rapids Griffins for the first time since 2009 on Saturday.  Wolf Pack goaltender Dylan Garland earn his second shutout of the season as the Pack shutout Grand Rapids 4-0.

The Wolf Pack will head out west for a three game road trip beginning on Wednesday against the Milwaukee Admirals. On Friday, they will take on the Grand Rapids Griffins and conclude the road trip on Saturday against the Rockford Icehogs.

The Wolf Pack’s next home game at the XL Center will be on Thursday, December 22 against the Springfield Thunderbirds for a 7:00 p.m. puck drop.