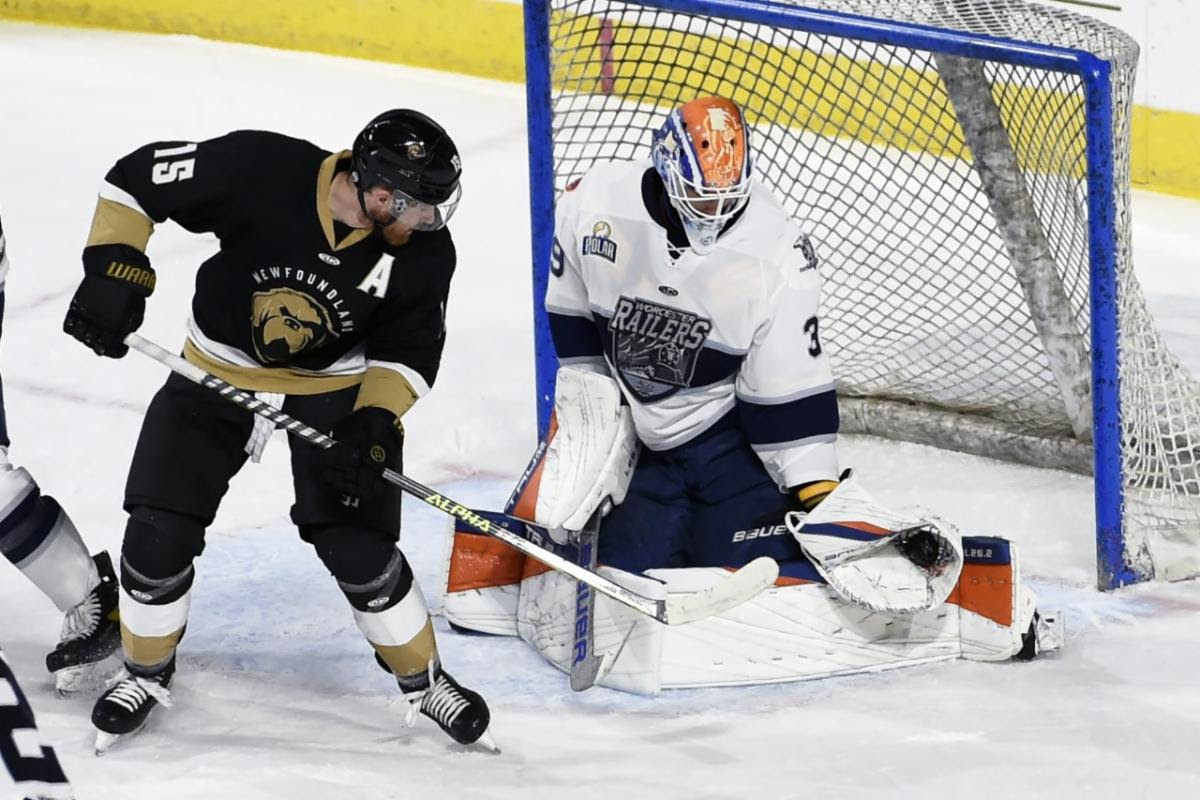 WORCESTER, MA-  The Worcester Railers swept the Newfoundland Growlers on Sunday afternoon at the DCU Center by the final score of 4-1.  The Railers scored a franchise-high eight goals when they defeated the Growlers 8-3 on Saturday night.

” It’s huge. We were in that spot for a while and we slipped. Obviously anytime you play against this team, you know its going to be a  really hard game.” Railers Head Coach Jordan Lavalee-Smotherman Said

There was no score in the first period

Anthony Repaci scored the game-winning goal for the Railers in the third period with 17:43 remaining. Blake Christensen took the shot as Cavallin made the save. Repaci was able to put in the rebound to make it 2-1.

The Railers would get a power play late in the third period as Colin Adams scored to make it 3-1 with 3:22 remaining in regulation.

The Growlers would get a power play late in regulation and pull Cavalin and put a sixth player on the ice. Brent Beaudoin was able to score an empty-net goal with three seconds left to make it 4-1.

The Railers will start a four-game road trip beginning in Quebec tonight against the Trois-Rivieres Lions and then travel to Glens Falls, NY to take on the Adirondack Thunder on Friday.

After the Christmas break, the Railers will continue their road trip as they will face the Maine Mariners for the first time this season next Wednesday at the Cross Insurance Arena in Portland. The road trip will conclude against the Adirondack Thunder on Friday, December 30.

The next home game for the Railers will be on New Year’s Eve against the Maine Mariners at the DCU Center. Puck drop will be at 5:00 p.m.