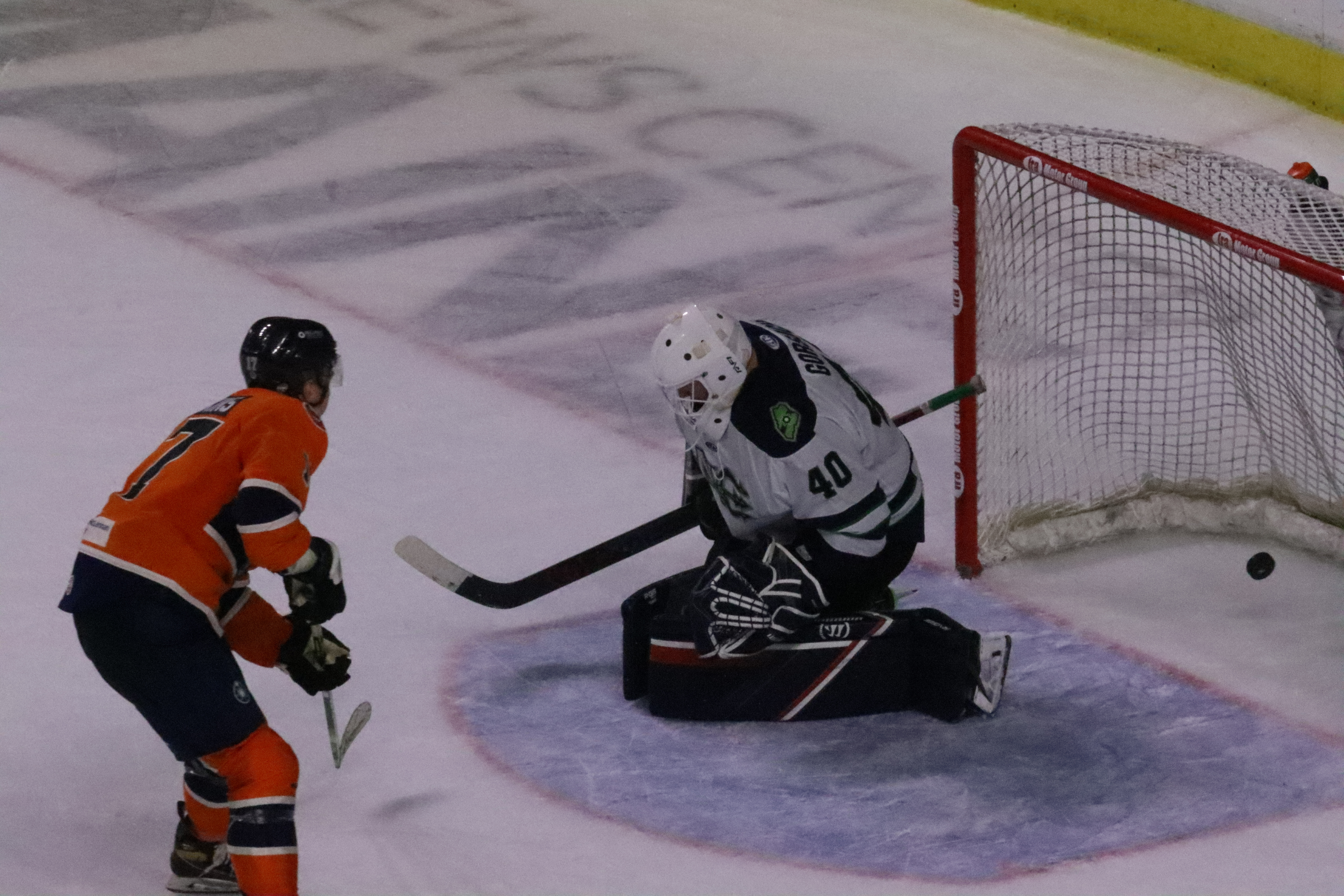 PORTLAND, ME- Blaine Jenkins scored the game-winning goal in the fourth round of the shootout as the Worcester Railers defeated the Maine Mariner 4-3 at the Cross Insurance Arena on Sunday afternoon snapped a five game losing streak.

Blake Christensen got the Railers on the board 2:38 into the opening period when he took the one-time pass from Quin Ryan and beat Mariners goaltender Trevor Gorsuch to make it 1-0.

The Railers would get a 5-on-3 power play late in the first period as Nick Master and Connor Doherty were both in the penalty box for the Mariners.  The Mariners were able to kill off the 5-on-3.

The Railers would extend the lead in the second period with 11:27 as Brent Beaudoin fired the shot and Nolan Vesey was able to tip it in to score a shorthanded goal to make it 2-0.

Tim Doherty got the Mariners on the board with 3:39 as he took the shot from the left side of the faceoff circle that would beat Railers goaltender Henrik Tikkanen to cut the lead down to 2-1.

The Mariners would tie the game early in the third period as Alex Kile shot the one-timer to tie the game at 2-2 with 16:58 remaining in regulation. Kile also set the record for the all-time record in goals by a Mariners player.

Alex Voyer gave the Mariners their first lead of the afternoon when he scored for the fifth game in a row when he fired the wrist shot to make it 3-2 for the Mariners with 14:38 remaining in regulation.

Nolan Vesey would score his second goal of the afternoon for the Railers with 11:56 remaining in regulation to tie the game at 3-3 in which the game would go into overtime.

Voyer almost won the game in overtime for the Mariners but his shot hit the post. Blaine Jenkins would put an end to the game in the fourth round of the shootout as the Railers won 4-3.

The Mariners will head on the road to Quebec to take on the Trois-Rivieres Lions on Wednesday night for the drop of the puck at 7:00 p.m. The next home game for the Mariners will be on Friday at the Cross Insurance Arena against the Adirondack Thunder.  Game time will be at 7:15 p.m.

The next game for the Railers will be on Friday at the DCU Center against the Reading Royals.  The drop of the puck will be at 7:00 p.m.