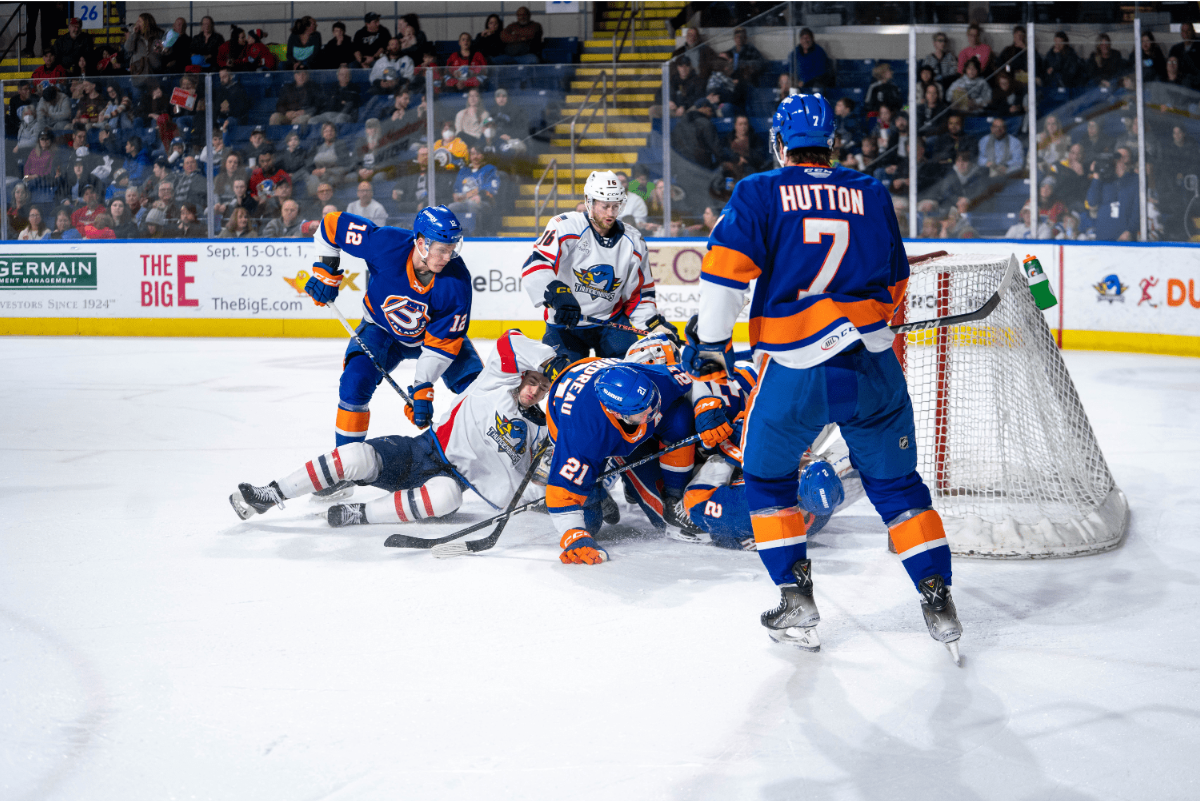 SPRINGFIELD, MA-  The Bridgeport Islanders dominated including a four-goal second period to defeat the Springfield Thunderbirds 6-2 on Monday afternoon at the MassMutual Center.

The Islanders would tie the game with 15:29 remaining in the opening period as Aatu Raty scored on the wrist shot to make the score even at 1-1.

Jeff Kubiak would give the Islanders the lead as he skated up the ice while the Thunderbirds were on the power play. Kubiak used the wrist shot to beat Thunderbirds goaltender Joel Hofer to make the score 2-1 with 9:19 remaining in the first period.

Hofer’s afternoon would come to an end after the second period after facing 27 shots and making 21 saves.  Vadim Zherenko would come in relief for the third period as he faced five shots.

Matthew Highmore would score for the Thunderbirds on the power play with 3:03 remaining to make it 6-2.

The Islanders won their first game in regulation for the first time on Monday since December 11 against Providence.  The Islanders did win in Bridgeport on Friday at home against the Lehigh Valley Phantoms 4-3.

The T-Birds will head on the road for a three-game road trip as they will play against the Milwaukee Admirals tonight. They will take on the Rockford Icehogs on Friday and conclude the road trip on Saturday against the Grand Rapids Griffins.

The Thunderbirds will return to home ice at the MassMutual Center next weekend on Friday and Saturday for two games against the Belleville Senators.